With the commencement of the $1.6 million pension cap, one fintech firm has urged SMSFs to carefully consider the tax outcomes of the assets they’re invested in.

Investfit director James Claridge says with the $1.6 million superannuation pension cap coming into effect from 1 July, earnings for excess amounts above the $1.6 million cap will be taxed at 15 per cent.

“Earnings from investments in Australian shares in super are taxed at only 1 per cent on average compared with 15 per cent for term deposits. This could have a substantial impact on retirement income or legacy,” he said.

“The common perception is that investing in shares is riskier, but this isn’t always the case. In certain scenarios, it’s actually lower risk than putting your money into term deposits.”

Citing analysis by Investfit, Mr Claridge said if a client had $10,000 and wanted to turn that into at least $20,000 in 10 years’ time, assuming nil tax, using historical data dating back to 1981 reveals that the chance of falling short of the goal would have been 68 per cent when invested in three-month term deposits, but only 8 per cent when invested in diversified Australian shares.

“The worst result of investing $10,000 in shares after 10 years would have been $15,000, while for three-month term deposits it would have been $14,100. And that is before allowing for the tax benefits of franking credits on share dividends and the benefits of capital gains tax versus tax on interest income,” he said.

“While investment return on shares is much more variable than interest on deposits in the short term, this evens out quite significantly when you plot it out over a ten-year period.” 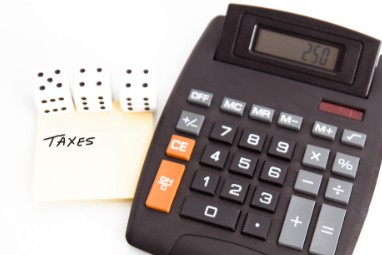