The ATO has proposed a potential start date for the new events-based reporting regime, and alluded that the reporting time frame for pensions will be longer than for normal transactions.

Speaking at an event in Sydney, SMSF Association head of technical Peter Hogan said the ATO had initially floated the idea of commencing the events-based reporting scheme after the lodgement of the 2016-17 financial year return.

“My suggestion was that it was a little early for everyone because of the systems that would need to be in place and the fact that only 10 to 15 per cent of funds lodge by October,” Mr Hogan said.

However, Mr Hogan said ATO Assistant Commissioner Kasey Macfarlane confirmed in recent discussions that the tax office is considering either 15 May next year or 1 July 2018.

“The initial reporting regime will only involve transfer balance account transactions, so debits and credits, and will not involve the total superannuation balance,” he said.

“These transactions will be reportable 10 days after the month in which the transaction occurs.”

The exception to this will be the commencement of pensions.

“What the ATO is suggesting with pensions is that they’ll need to be reported at least 28 days after the quarter in which the pension was commenced in order to give SMSF trustees time to appropriately value assets,” Mr Hogan said.

While at this stage the obligation to start reporting on a more regular basis for SMSFs won’t happen until at least May next year, SMSF practitioners and clients will still need to be conscious of the value of any transactions.

“Because when the first report does occur, you will then need to back-fill the reporting history back to 1 July 2017, from when the first transaction happened,” Mr Hogan said.

“So the first month that the fund has a reportable event, you’ll have to back-fill everything in from 1 July 2017.”

The Tax Institute’s senior tax counsel Robert Deutsch said the ATO appears set on events-based reporting and warned that it’s likely to “put a huge amount of pressure on tax agents and the trustees of small funds and SMSFs”.

“Consequently, The Tax Institute and other industry bodies continue to liaise with the ATO in an attempt to ensure that there will be sufficient time for agents and funds to prepare themselves before these changes commence,” Mr Deutsch said.

“It is critical that the ATO provides a long transitional period to allow SMSFs and their advisers to become accustomed to the new system.” 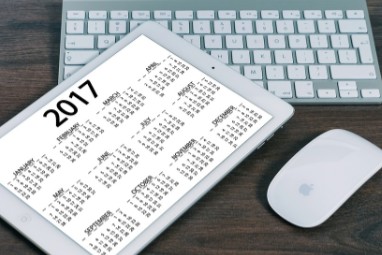