The ATO has outlined details on the expected reporting requirements for the government’s proposed LRBA amendments, including the frequency required, should the draft legislation become law.

The government released exposure draft legislation in late April proposing amendments to the LRBA rules for SMSFs for fear that they may be improperly used to circumvent the contribution caps.

ATO director of technical leadership Helen Morgan explained that these amendments, if passed, will mean repayments of a relevant LRBA from a member’s accumulation account resulting in an increase in the value of that member’s retirement-phase account will also be a credit for transfer balance account purposes.

“If this law is passed, funds will need to report the date and value of each credit event to us as a separate event,” Ms Morgan said.

“So for instance, if a fund is making monthly loan repayments, each of those would need to be reported as a separate event with the date and value of each loan repayment amount. The fund could not provide just one annualised roll-up amount and date.”

In a webinar, the ATO provided an example to demonstrate how credits for loan repayments might work in relation to the transfer balance cap.

The example was based on an SMSF trustee who was 65 years old, a single member of the fund and had superannuation interests are valued at $3 million, based on the cash that the SMSF holds.

The SMSF trustee acquires a $2 million property, this property is purchased after 1 July 2017, using $500,000 of the SMSF’s cash and an additional $1.5 million borrowed as part of an LRBA. The trustee then commences an account-based superannuation income stream. Superannuation interests that support this income stream are backed by the property.

“The net value is $500,000, being $2 million less the $1.5 million liability under the LRBA. [The trustee] therefore receives a transfer balance credit of $500,000 to his transfer balance account,” Ms Morgan said.

“[The] SMSF makes monthly repayments of $10,000; half of each payment is made using the rental income generated from the property, the other half of the payment is made in cash which supports [the trustee’s] other accumulation interests.”

Ms Morgan said at the time of each repayment, the trustee would receive a transfer balance credit of $5,000, representing the increase in the value of the superannuation interest that supports his superannuation income stream.

“The repayments that are sourced from the rental income that the SMSF receives do not give rise to a transfer balance credit, because they do not result in a net increase in the value of the superannuation interest that supports his superannuation income stream,” she said.

“I would like to emphasise that at the moment that this is draft law. However, we are expecting to see this come through as an obligation that funds will need to report on in the future.” 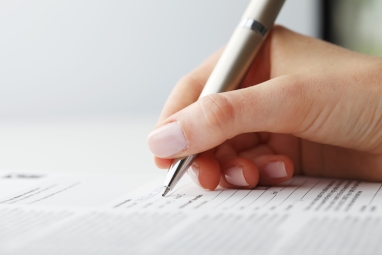