Lawyer points to benefits of AFCA for SMSFs

Voluntary registration by SMSF clients for the government’s proposed Australian Financial Complaints Authority could be beneficial in the determination of insurance disputes, according to one legal firm.

The Fold Legal director Jaime Lumsden Kelly said the consultation paper released by the government for the proposed dispute resolution framework outlined an optional mechanism for SMSFs to be included under the new dispute resolution body.

“The idea behind it is probably to bring in any insurers that an SMSF is using for insurance so that if there’s a dispute about the insurance held in the SMSF, that’s going to be captured [under the new body,” Ms Lumsden Kelly told SMSF Adviser.

While the mechanism isn’t explained in the draft legislation, if it does become legislated, SMSF practitioners may want to consider what the benefits are for their SMSF clients.

At the moment, complaints for SMSFs are handled through FOS or the CIO rather than the Super Complaints Tribunal (SCT), Ms Lumsden Kelly said.

“Now the difference there is that the SCT has additional powers, it has statutory powers to request information and to compel parties to proceedings which FOS and the CIO can’t do,” she said.

“So the benefits for SMSF, if they are able to register under the final legislation and make complaints against life insurers in that way, is that they’ll have additional powers in resolving those disputes, which don’t currently exist in FOS and CIO.”

Ms Lumsden Kelly said she suspects there won’t be a large uptake by SMSFs of this voluntary membership unless the potential benefits for SMSFs are widely publicised.

Lawyer points to benefits of AFCA for SMSFs 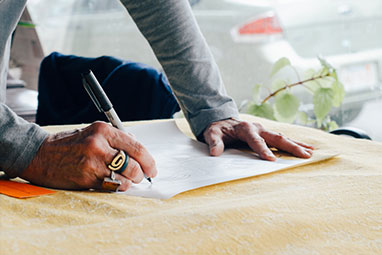