Cash flows on the rise among SMSFs

The increased contributions and withdrawals for SMSFs during the March quarter suggest SMSFs are taking proactive steps to prepare for the transfer balance cap, according to a major administration platform.

SuperConcepts executive manager of SMSF technical and strategic solutions Philip La Greca says the cash flow in and out of SMSFs have increased over the March quarter.

Mr La Greca told SMSF Adviser that there are three main reasons why the contributions and withdrawals for SMSFs have risen.

“With the contribution rules, we know there’s obviously this one-off window, the $540,000 last chance non-concessional contribution [that can be made] before 30 June,” he said.

He said some SMSF trustees are utilising their withdrawals in order to make contributions because it may produce a better tax position.

“Remember the contribution goes in as a tax-free component into any future pension that they might start, and remember you get to choose which pension you keep post July, it’s not automatically last in, first out.

“They won’t be able to do that post 1 July because if they’ve got over $1.6 million, they can’t put any non-concessional in, so it’s partly that last-minute opportunity.”

“They’re pulling it out and instead of putting it into their own account, they put it in the spouse’s account so that [they] both have $1.6 [million] in pension phase,” he said.

“We’re [also] seeing some people who are basically making the decision that because they’re modestly over the $1.6 million, that from a tax view point, it [may not] be worthwhile keeping it in the super system.”

This will depend on what assessable income they have outside of super, Mr La Greca said.

“There’s three choices – one is to make their super more tax efficient by using non-concessional contributions; use it to make non-concessional contributions to their spouse because either [they] can’t or it’s part of this equalisation of trying to have both members at $1.6 million in pension phase; or in some cases, is it worth keeping the extra in super because of the tax rate differentials between inside and outside?

“There’s obviously a reasonable manner of advice in this space in order [for trustees] to be able to make some of these informed decisions, to make these choices, so that’s a good thing. We’ve obviously seen this in the March quarter and we expect it to continue, as more and more people became aware of exactly what the rules [are].”

On the other hand, trends with investments, have remained relatively stable for SMSFs, based on some of the data from the SuperConcepts’ system.

“In other words, they haven’t been worried about investment choice per se, I think it’s more about the strategic issues that they’ve been focusing on, ‘So what should I do with how much money I’ve got in the super fund?’ rather than, ‘Oh, should I be in Australian equities or should I be in cash or should I be in property?’,” Mr La Greca said.

Cash flows on the rise among SMSFs 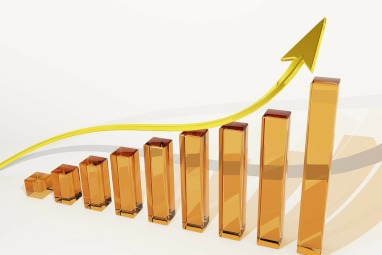