Minister for Revenue and Financial Services Kelly O’Dwyer is fending off a challenge from party members in her seat of Higgins brought about by dissatisfaction with the government’s proposed changes to superannuation.

Speaking to SMSF Adviser, barrister and prominent Higgins resident Jack Hammond QC confirmed mainstream media speculation that a number of supporters of his Save Our Super campaign are turning their efforts towards replacing the minister.

While Mr Hammond is not a Liberal Party member, as a former adviser to Coalition prime minister Malcolm Fraser he is well-connected in the party and has knowledge of a formal push underway to remove Ms O’Dwyer, with former Abbott government chief of staff Peta Credlin touted as a potential candidate.

However, he rebuffed the suggestion that the group has strategically targeted the minister while she was on maternity leave as “absolute rubbish”.

The primary grievance of these influential party members is the superannuation policy announced in the 2016 federal budget – and specifically the lack of a ‘grandfathering’ clause – which Mr Hammond said indicates a “broken promise” to Australia’s retirees.

“Government should be able to change super policy if it has community backing to do so, but it should have a bipartisan view that you don’t simply change it without grandfathering,” he said.

Mr Hammond said his personal efforts to lobby Ms O’Dwyer on this policy matter were unsuccessful and the government’s position on super policy reveals a “contemptuous” view of the party’s base.

“They are essentially accusing us of being tax-rorters,” he said. “But the main issue is not the persons that the government is targeting now, but a matter of trust on a policy issue of great national importance.”

The barrister – who had intended to retire from legal practice until the changes were announced in 2016 – said he hopes to see grandfathering introduced in the upcoming budget, but is not confident that such a measure will be forthcoming.

He said he would welcome financial advisers and superannuation professionals joining the Save Our Super campaign to help put pressure on the government to alter its current position.

“This is a broken promise and 180 degrees from what they had previously said. It represents a breach of trust and has introduced uncertainty, including for financial advisers,” Mr Hammond said.

“They should use their associations to publicly advocate against this failure to grandfather and they should get involved.” 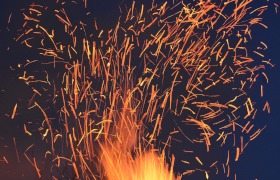 Total votes: 1230
The voting for this poll has ended