One industry lawyer has predicted that smaller accounting firms could be faced with succession challenges over the next two years if they only have one responsible manager on their licence and that individual plans to leave the business.

The Fold Legal director Jaime Lumsden Kelly says she has already seen issues with succession planning for accounting firms that have only one responsible manager on the licence.

“ASIC came out last year and said they wouldn’t allow any more responsible managers to be put onto a licence based on pre-exemption experience,” Ms Lumsden Kelly said.

Ms Lumsden Kelly said this is particularly problematic in relation to class of product authorisations.

“ASIC has been a little bit flexible around SMSF experience and to some degree we’ve had some recognition that you can rely on pre-exemption experience, but accountants’ pre-exemption wasn’t supposed to be providing class of product advice,” she explained.

Ms Lumsden Kelly said ASIC essentially offered accountants an amnesty during the licensing transition period, by saying it would recognise that those accountants were qualified to give that advice, even though they hadn’t done so previously or hadn’t done so lawfully, because it was recognised that accountants were giving ad-hock advice to people about things like shares, bank accounts and life insurance.

“ASIC is now essentially saying ‘no, there’s a cut-off and we won’t recognise any experience that you might have had pre-exemption’, and therefore there’s a real challenge to bring on people who’ve got that experience, particularly in a situation where we’ve got people moving on quite soon after they got a licence,” she said.

It won’t be as much of an issue once a business gets past the three-year experience threshold because there will be people in the business who’ve had three years’ experience.

“It’s going to be an issue between now and 2019 I think, particularly with small practices because it’s the really small practices that wouldn’t have put on more than one manager, because there was no one else in the business that fit the criteria or who saw themselves in that role, and now you’ve got people who are retiring or selling practices and there’s nobody to step up into that role.” 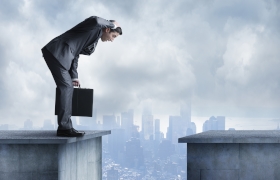