A new report by one of the majors has revealed that only 53 per cent of Australian households are expected to have enough for a comfortable retirement from their combined superannuation savings, personal assets and the age pension.

The report, which was prepared by Rice Warner and commissioned by CBA, shows that while 53 per cent of Australian households are on track for a comfortable retirement, 18 per cent are projected to have 80 to 99 per cent of what they will need.

Commonwealth Bank executive general manager of advice Linda Elkins said the good news is that many Australians who may not currently be on track for a comfortable retirement are very close.

“A little bit of planning could see them reach the comfortable level,” Ms Elkins said.

Analysis in the report also showed that when the age pension is removed, the number of households that can afford a comfortable retirement drops to just 17 per cent, further dipping to only 6 per cent when the calculations are based on superannuation only.

The report said Millennials will need to save harder for retirement than other generations due to their longer life expectancies.

“Superannuation will play an important role and will comprise, on average, 78 per cent of retirement assets for 25-year-olds working today,” Ms Elkins said.

In the 60-64 age group, couples are expected to be better off than singles, she added. Those in this age group will have reduced readiness overall, however, because they have not received the long-term benefits of compulsory superannuation guarantee contributions.

“On the other hand, younger age groups are expected to have less in assets at retirement outside of superannuation when compared with their older counterparts.” 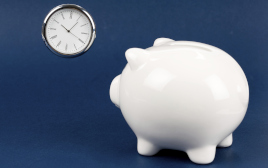