One technical expert fears many SMSFs will be caught out by the January deadline for LRBA compliance, given the tight time frames to absorb new legislation and guidance and that many trustees are not entirely across their necessary catch-up payments.

>SMSF trustees have until January 31 this year to get their LRBAs on commercial terms, a deadline which was extended from June 30 2016.

SuperConcepts executive manager, technical and strategic solutions Philip La Greca says the January deadline will be the first of the new year to catch trustees out, after superannuation reforms were implemented.

“Obviously the reforms are going to be a real big issue in terms of the way things happen throughout 2017. I think it’s literally going to start in January because the first thing we have is people trying to finish up cleaning up their related parties borrowing arrangements because that has a 31 January deadline,” Mr La Greca said.

“There’s a little hangover with that particular issue because the ATO has come out with their safe harbour guidelines so SMSFs have got the ability to meet those guidelines and the ability to catch up payments etc but they have to do so by January 31.”

While those guidelines emerged early in 2016, Mr La Greca said he suspects many SMSFs will only now be trying to catch up on their obligations.

“A lot of SMSFs wouldn’t have done anything for 2016 because the guidelines came out in late April 2016 so the chances people repairing or rectifying their arrangements between April and June was not on,” Mr La Greca said.

“Some wouldn’t have done anything because they didn’t know where anything was until fairly recently when they’ve got their 2016 financials finished so there will be a bit of pressure on to clean those up between now and then.”
Serious pressure to meet ‘looming’ LRBA deadline 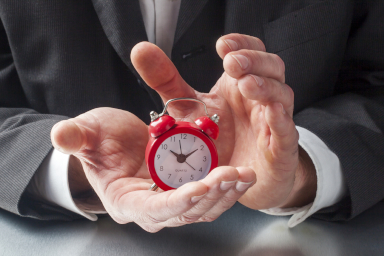