The draft super reforms contain important concessions for those able to make structured settlement contributions, which practitioners should be flagging early with clients, says an industry lawyer.

He said the first concession, outlined in section 307‑230(2) of the draft legislation, essentially allows individuals to make structured settlement contributions to superannuation regardless of how large the contribution is or how much money the person already has in superannuation.

Structured settlement contributions can include contributions arising from the settlement of a claim for compensation or damages or claims based on the commission of a wrong or a settlement that takes the form of a written agreement between the parties to a claim.

“The second key concession is contained in the second tranche of legislation that was released in late September,” Mr Figot said.

“It provides that a structured settlement contribution is a debit to a person’s transfer balance account.

“Effectively, this means that the $1.6 million cap on how much can be used to commence a pension – and thus how much can be covered by the pension income tax exemption – does not apply to pensions funded by structured settlement contributions.”

He warned SMSF practitioners, however, that they need to be extremely proactive when there is a possibility for a client to make a structured settlement contribution, “especially given that there is generally only a narrow 90-day window when such a contribution can be made”.

“Hidden in the legislation is a very important concession. I envisage that advisers will only need to apply it a handful of times in their careers. However, when they do apply it, it will be some of the most important and helpful advice that can be provided,” he said.

You can email Miranda on: [email protected]momentummedia.com.au
Lawyer highlights ‘hidden gem’ in tranche 3 of super reforms 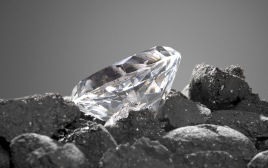