The Association of Superannuation Funds of Australia has told the ATO to reconsider its collection of lost super, with the money sitting in lost super accounts now amounting to billions of dollars.

It comes after the ATO released its latest findings on lost superannuation, which amounts to some $11.7 billion.

Super fund is considered “lost” after five years without contact or contribution, while balances under $4,000 are known as “unclaimed super” and are automatically transferred to the ATO after this period.

“ASFA has been concerned that increasing the threshold will deprive many Australians of valuable insurance benefits – without their permission,” interim chief executive Jim Minto said.

With the threshold to rise to $6,000 at the end of this year, ASFA claims that by transferring these balances, the government and taxpayers are both at risk.

He said ASFA also has concerns about the impact on the investment earnings of fund members.

“Those fund members with account balances over $4,000 are more likely to generate greater earnings if their balance sits within a super fund than with the ATO, thus delivering a better income in retirement,” Mr Minto said.

“Up to 100,000 additional accounts might be affected by the increase in the upper threshold to $6,000 and we think these people should be able to hang on to their own money.”

ATO deputy commissioner James O’Halloran also weighed in on the matter, urging Australians to keep track of their super accounts.

“While some people purposefully maintain a number of accounts, a lot of Australians are unaware their hard-earned super is unnecessarily being eroded away by fees,” Mr O’Halloran said.

With the data broken down by postcode, the largest share of $49 million belongs to residents of Mackay, Queensland and the surrounding suburbs.

“This figure is just a small slice of the lost super across Australia,” Mr O’Halloran said.

“One of our key goals is to reunite individuals with their super and in the past financial year $2.5 billion has been consolidated into active super accounts.

“One thing you can do is make sure your super fund has your tax file number. It helps us reunite you with your super down the track.” 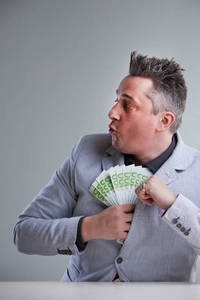