British immigrants attempting to transfer pension money to the Australian super system are likely to face additional barriers, with one UK tax expert doubtful that any transitional arrangements will apply for the $500,000 cap.

Changes to the rules for UK pensions last April, when Australian super funds were removed from the recognised overseas pension scheme (ROPS) list, meant UK pension transfers were essentially restricted to funds that only had members 55 or older.

The proposed $500,000 lifetime cap for non-concessional contributions has made the process even more challenging, compared to the time when members were able to transfer $180,000 to their fund each year.

International tax consultancy Bowman & Associates director Jeff Bowman says despite these challenges, Canberra is likely to take the view that the pension money was either in the Australian system at the time of the budget or outside it and therefore not exempt to the restrictions of the proposed $500,000 cap.

“I can’t see the Australian government implementing transitional rules. I don’t think they’d look at the process and say, ‘Well, the money is already in the pension system either in the UK or a standing post and therefore we’ll allow that money to be outside the $500,000 proposed limit,’” Mr Bowman said.

A lot of UK immigrants were half-way through the process of transferring their pension money at the time of the budget and now have half of their money at standing posts in countries such as Malta.

“The pension funds coming out of the UK are usually large and couldn’t come into Australia all in one hit because of the pre-budget contribution limits in Australia of $180,000 each so a lot of people had part of their money in standing posts,” he said.

“So there are now UK immigrants that managed to get half of their money into the Australian system while the other half remains in Malta.”

Mr Bowman said without any transitional arrangements, these individuals will be forced to pull their money out in a higher tax environment.

He said more lobbying from the industry, especially as the government’s intentions with the budget proposals were primarily aimed at preventing individuals dumping extra savings into the superannuation system. 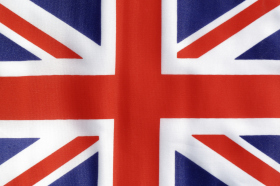