Trustees struggling to get their LRBA on commercial terms ahead of the ATO’s final deadline may want to rethink the option of non-concessional contributions, in spite of the budget’s proposed cap, according to SuperConcepts’ Peter Burgess.

Speaking at an SMSF Association event this week, Mr Peter Burgess said getting an LRBA on commercial terms before the deadline next year wasn’t as difficult before the budget, because the trustee could simply make a large non-concessional contribution to, for example, meet repayment requirements.

"Now that we’ve got this $500,000 lifetime cap amount to play with, things are a little bit more interesting," said Mr Burgess.

For some trustees in this situation, where other options such as bringing more members into the fund or rolling in money from other funds isn’t available, Mr Burgess said making an excess non-concessional contribution may still be a solution.

He said while it’s still unclear exactly what the penalty will be for exceeding the $500,000 lifetime cap, it’s likely that it will be that the SMSF will have to refund the excess amount and pay tax on the associated earnings.

"So making an excess may be a solution here, but it’s only a short-term solution, because remember if you go over your cap, you’ve got to refund that excess, so it really only buys you some time to actually deal with the issue."

Mr Burgess noted that sometimes SMSF trustees won’t get the refund assessment until a few years down the track, so this could provide them with extra time.

"In the meantime, all that happens with it is you pay tax with your associated earnings, rather than having to pay non-arm’s length income."

Some of the other strategies, he said, may be to scrutinise the valuation, as a higher valuation will mean a lower loan to value ratio.

Trustees could also use a spouse contribution to increase the cash in the SMSF.

You can email Miranda on: [email protected]momentummedia.com.au
Trustees urged to consider key strategy for LRBAs 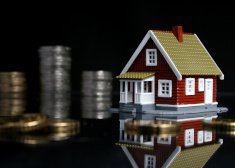