One lawyer has observed "significant" and increasing issues arising from SMSF documents that were not properly executed, resulting in "serious consequences" for the end client.

For example, these systems often do not take into account the details of the trust deed, which is increasingly resulting in problems with certain tax structures.

"I’ve got one on the go at the moment where trust distributions have been made for seven years to a company that has been wound up. So you see some strange things," Mr Harding added.

"There can be some pretty serious consequences if you distribute, or purport to distribute, income to a beneficiary who is either dead or has been wound up, that’s going to be ineligible and avoid distribution, and presumably that income will be taxed to the trustee at 49 per cent," he said.

Mr Harding said typically there isn’t a sinister element to these failures, rather, just holes in the compliance process.

"People just use last year’s documentation and change the date on it and away you go," he said.

"For the SMSF sector, modern technology enables, amongst other things, the setting up of funds in less than 15 minutes, the making and changing of investments in less time than it takes 'to boil the kettle’, and the gathering and disseminating of more words than any one person could read in a lifetime," she said.

"Speed, a lightened management load and access to information are not inherently evil – but in the world of self-managed super they are inherently dangerous," she added.

"The SMSF trustee can definitely benefit from the proper use of modern technology. But the SMSF trustee is legally bound to be engaged with the fund, to be thinking about long-term goals, and to be responding to individual circumstances rather than group trends," she said.

"There is an inherent tension between these legal drivers and the potentials of modern technology. If not properly respected, this tension can lead to real pain for the trustee and the assets of the fund." 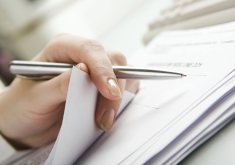