New data shows positive returns for superannuation funds for the month of May, bringing financial year-to-date returns up to four per cent.

In a statement, Chant West director Warren Chant explained that the strong performance was linked to "improving share markets at home and overseas" as well as positive performance in the real estate sector.

Mr Chant went on to say that much of this positive performance was, however, "erased" in the first two weeks of June.

"Investors are concerned about the outcome of the UK referendum on 23 June and what the implications will be if Britain does decide to exit the EU," he said, adding that median growth fund is down by an estimated 1.8 per cent.

Mr Chant said the 2016 June quarter is still likely to see a "small positive return" despite the volatility, meaning a positive result for the financial year. 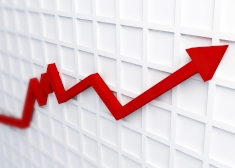 Total votes: 270
The voting for this poll has ended