Perpetual has outlined some key superannuation measures to take into consideration before end of financial year, noting "the same mistakes" are made each year by professionals and trustees alike.

Speaking to SMSF Adviser, Colin Lewis, senior manager for strategic advice at Perpetual, noted that in the "last-minute rush" of end of financial year, he observes the same mistakes and missed opportunities year in and year out.

Most importantly at this time of year, professionals should be considering their clients’ superannuation position in relation to the contribution caps.

"Generally, it’s important that any end-of-year super strategies recommended do not cause the client to exceed their caps – especially now with the proposed $500,000 lifetime non-concessional contributions [NCCs] cap announced by the federal treasurer in the 2016-17 budget," he said.

"For clients wishing to make NCCs, it is imperative to check the client's contribution history from 1 July 2007 to determine their eligibility to make any further NCCs without being subject to penalty. Every effort should be made to extract full information from all relevant funds. In the event that the proposed lifetime NCCs cap will be breached, then no further NCCs should be made."

"Be aware of any bonus payments and any superannuation guarantee [SG] contributions on the bonus, particularly if the client receives an option to pay the bonus into superannuation. Because these amounts are salary sacrificed, they are counted towards the NCCs' cap, so it is worth asking a specific question on bonus payments," he added.

Further, Mr Lewis reminded professionals that where the employer pays the super fund’s administration expenses and insurance premiums for cover held within the fund – include these employer contributions in the concessional contributions cap.

Professionals should also ensure tax deduction requests – section 290-170 notice of intent (NOI) to claim a deduction – for personal contributions are made to the super fund before making a withdrawal, commencing a pension or rolling over funds to another super fund.

In addition, professionals should be careful when recommending that a client is eligible for a tax deduction in respect of a super contribution.

"You should have an estimate of their total income to determine if they qualify under the 10 per cent test," Mr Lewis said.

Also, professional must ensure the client’s tax file number (TFN) is supplied to all super funds.

"Where a TFN is not supplied, any contributions that are included in the assessable income of the fund will be subject to a 34 per cent tax liability in addition to the 15 per cent contributions tax," Mr Lewis said.

Brexit speculation set to drive up price of gold 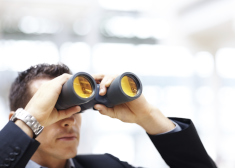