Several associations have joined forces to rally the government and point out the "fundamental flaws" in the government’s proposed superannuation policy.

The Australian Shareholders’ Association, Australian Investors Association, Small Independent Super Funds Association and the SMSF Owners’ Alliance have written to the prime minister, the treasurer and the assistant treasurer, outlining some fundamental issues with the government’s proposed super measures.

"If the transfer balance cap were to apply only to future retirees, savers can decide to change their retirement income strategy during their working life, working longer as necessary to ensure they have the standard of living in retirement they have anticipated," the associations stated.

"However, extending the cap to those who have already transferred all their savings into a pension account is retrospective in its impact."

Further, the associations believe the $500,000 cap on non-concessional contributions also has a retrospective effect.

In addition, the associations are requesting that upon retirement, individuals may make an additional non-concessional contribution above the $500,000 cap, provided their balance does not then exceed the transfer balance cap.

"There may be individuals who for whatever reason have been unable to make adequate concessional contributions but are prepared to top up their super using after tax funds (eg, from the sale of their house)," the associations stated. 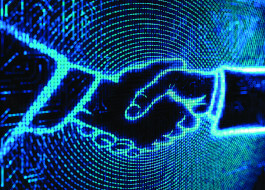 Total votes: 1185
The voting for this poll has ended