The government has underestimated the balance required for achieving an income four times the age pension, with analysis by one economist indicating the figure would actually be $3.2 million, according to one lobby group.

In a report examining the effect of the government’s superannuation policy, the former head of School of Economics at the University of NSW, Dr Ron Bewley, said that to achieve a retirement income of around four times the age pension, the benchmark set by the Treasurer in the budget, a balance of $3.2 million would be necessary.

This is double the $1.6 million cap balance suggested by the Treasurer, he said.

Dr Bewley used life expectancy tables published by the Australian Bureau of Statistics and ASIC’s Moneysmart capital guaranteed indicator to work out how much superannuation people need to support themselves independently without having to resort to the age pension.

"Even an account balance of $3.2 million is not enough to ensure that everybody is able to make their super savings last for the whole of their lives," said Dr Bewley.

"For example, for a woman who retires at 60 with $2 million in her pension account there is a 50 per cent chance that she will run out at 85, two years earlier than the life expectancy of 87 that she had at age 60."

If the woman reaches 85, he said, she then then has an expected life span of another seven years.

"That is, she has a 50 per cent chance of living more than seven years after her superannuation savings have run out," he said.

The analysis, he said, is based on a conservative asset allocation.

"To guard against running out of funds too soon, people may invest in riskier investment options which do increase the chance of not outliving their pensions but also increase the risk of running out at an earlier age," said Dr Bewley.

"A much higher cap will allow most people to have enough to live off their super savings without having to go on the age pension and become a burden to taxpayers." 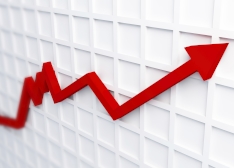