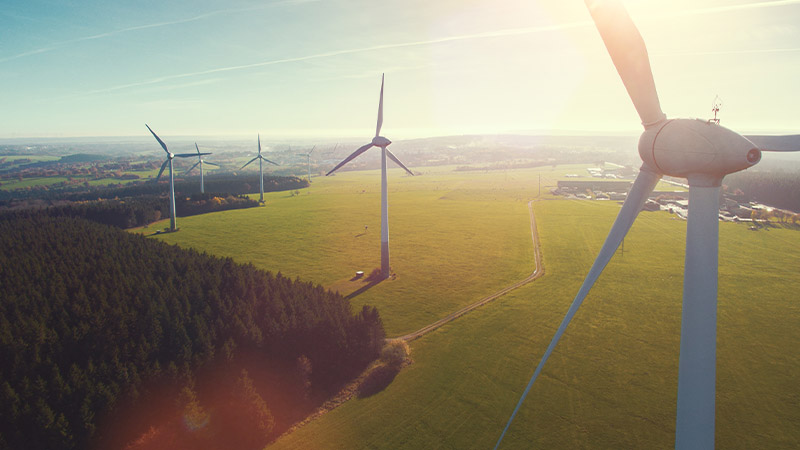 The next wave of global economic growth is likely to come from renewable technology as governments in key developed markets pursue a “green new deal” to adjust to the threat of climate change, leading to a variety of opportunities for infrastructure investors, according to Rare Infrastructure.

Addressing a media briefing in Sydney on Wednesday, the fund manager’s senior portfolio manager, Nick Langley, said the concept of the green new deal, which had been taken up by political leaders in the US, UK and Australia, would see large-scale investments in renewable technology by governments and major energy providers.

“The green new deal was first raised back in 2007, the UN was on it in 2009, the US Democrats in the House [of Representatives] put forward a bill at the beginning of 2019, the Labour Party in the UK had it as a core part of their manifesto for the last election, and as Adam Band took up the mantle as leader of the Greens this week, it also came up,” Mr Langley said.

“Each of the concepts varies a little, but at its heart it’s about building a whole lot of infrastructure around renewable energy, around transport systems with lower emissions, trying to decarbonise the economy as much as we can, and that’s the physical infrastructure segment about it that gets us excited.”

Mr Langley said key global economies were expected to spend between $50 trillion and $200 trillion over the next two to three decades to combat climate change, which could provide a key engine for growth, given that the traditional approach of interest rate cuts was rapidly wearing thin.

“Central banks are getting to the end of their ability to stimulate economies with monetary policy, so we are starting to see a lot of bankers talk about the concept of a green new deal through the lens of fiscal stimulus to help economies start to grow again and utilising the governments to take over the stimulus for economic growth,” he said.

With carbon neutrality by 2050 looking like a common goal for many developed markets to work to, many traditional energy companies were tapping into the renewable trend by reversing their previous reliance on “dirty” fuel sources and investing significantly in clean energy, Mr Langley explained.

“There are a bunch of big utilities in the US that have a dirty-generating portfolio that they are looking to get rid of, and if you can identify those relatively early, you can buy those companies pretty cheaply, with a view that within a two- to three-year period they will be a very different-looking company,” he said.