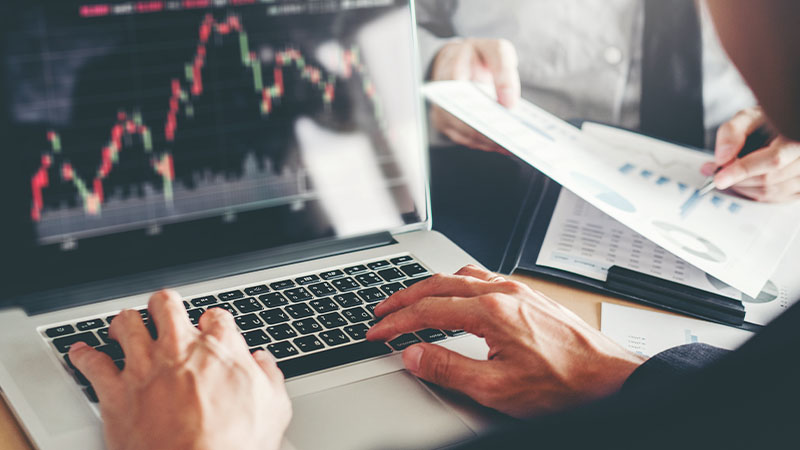 Australia’s highest-performing SMSFs are seeing more value in the Australian sharemarket in the first quarter of 2020, with financial services a key sector that many funds are buying into, according to SelfWealth.

The online broker’s SMSF Leaders ETF, which tracks the ASX holdings of the top-performing 10 per cent of over 80,000 SMSF portfolios, saw five new stocks added to its holdings in the January quarter, bringing the total number of shares in the portfolio to 56.

The ETF rebalances in January, April, July and October can hold between 25 and 75 Australian shares.

Some of the key holdings added to the portfolio in the first quarter of 2020 were Challenger, IOOF, Pendal Group and Perpetual, reflecting the improved performance of these financial services stocks, particularly IOOF which rose by 55 per cent over Q4 2019, and Pendal which saw a 29 per cent gain over the same period.

The financial services sector now represents 33.9 per cent of holdings in the ETF, the single largest sector in the portfolio.

At the same time, while Computershare was added to the portfolio, both Altium and Afterpay were removed, leading to a smaller weighting from the IT sector on a net basis.

“Declining prices across the final quarter of last year from Altium, down [by] 5.6 per cent, and Afterpay, down [by] 5.5 per cent, weighed on their representation among the highest-performing SMSF portfolios and ultimately triggered their removal from the ETF,” SelfWealth said.

The ETF also reduced its weighting to the healthcare and materials sector heading into Q1 2020, with healthcare declining from 10 per cent to just under 9 per cent of the portfolio, while materials shrank from 24 per cent to 23 per cent.