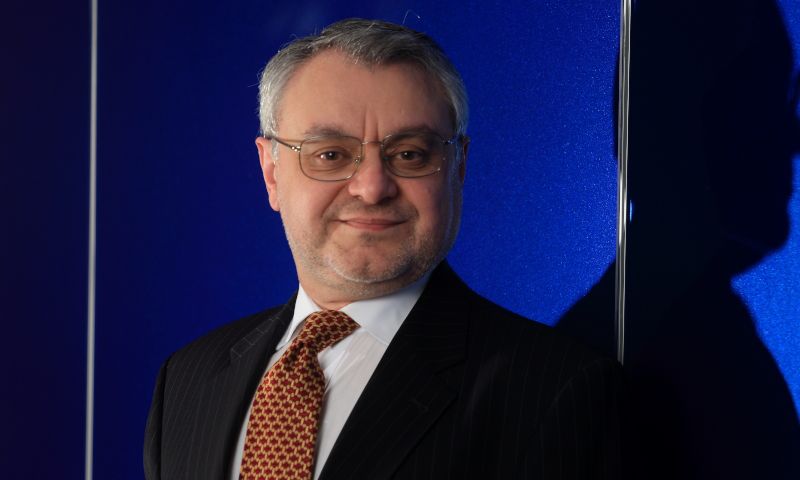 Commercial lasers, ATMs and an $18,000 sewing machine are amongst some of the quirkiest investments made by SMSFs, according to a major SMSF administrator.

Data analysis conducted by SMSF services provider SuperConcepts across 2,450 SMSFs has indicated that some trustees have a strong appetite for investments that are outside of the ordinary. SuperConcepts has picked out the top 10 investments it deems the most bizarre.

While washers and dryers don’t normally ignite the flames of investment passion, SuperConcepts analyst Phil La Greca said that one particular SMSF held $134,000 worth of washers and dryers that returned $55,000 income for the 2018 financial year.

“It’s impressive, but the income will decline each year and there are increasing maintenance costs, which over time will render the machines worthless,” Mr La Greca said.

In this case, the SMSF purchased from an Australian supplier and offered hire purchase agreements with the option for the party to buy at the end of the agreement.

“These particular machines were leased to holiday parks, aged care facilities and motor inns, so they had a very steady income,” Mr La Greca said.

Frozen semen from horses is another strange item to top the list of exotic investments.

Mr La Greca said that it is more tradeable than bullion because it can be sold in units.

Frozen semen is often bought in straws that require storage using nitrogen, he explained. The value of the semen is aligned to the heritage of the stallion and scarcity of the total volume of semen from this lineage available on the market.

“If a horse comes from a winning line of showjumping or dressage, it can command enormous fees for a date night — technically known as ‘stallion standing fees’,” Mr La Greca said.

“If a stallion is a multiple title winner, the value of its semen increases. This value can experience capital gains if it’s highly sought after but has restricted market supply. Traders will hunt for straws that have special value.”

He cautioned, however, that like any SMSF asset, it needs to be professionally stored and insured, so these costs need to be factored against any capital growth forecasts.

A $15,000 industrial grade laser, an investment made by the owner of a Tasmanian beauty salon, was another item that topped the list.

“Super funds can buy equipment as a business asset and we often see this with small business owners,” Mr La Greca explained.

“The super fund leases the equipment to a business, which is typically owned by the members. There are rules around this, including a 5 per cent cap on the value of fund investments that are leased to your business.

“Equipment comes with risk and this particular machine broke at some point in the year, which is something that needs to be considered when buying machinery with super funds.”

While SMSFs buy ATMs with the prospect of earning regular income via monthly flat fees plus a fractional transaction fee, they can pose significant investment risk.

Mr La Greca said that ATM investing took a sour turn in recent years after SMSFs found the returns were not quite as promised.

He explained that ATM owners buy the machine from a distributor who places them in high-traffic areas such as petrol stations, shopping centres and supermarkets.

The SMSF would then pay the same distributor to service the ATM and collect and remit the fees back to the fund. Until they stop.

Distribution companies can lose contracts or go out of business, however, and the fees dry up.

In some cases, SMSFs are sold ATMs that don’t exist, or are paid with fees taken from new ATM investors until the scheme falls apart, he warned.

“Quite often ATM investors sign a 10-year lease, which makes them pretty obsolete and impossible to sell at that point,” Mr La Greca said.

“Capital depreciation is inherent in buying machinery or equipment, which means it’s done for the income, but an SMSF needs to know if the loss of capital for an upfront investment is offset by the expected returns.”

Physical assets come with different risks to financial assets, he cautioned, because they are subject to damage, wear or theft.

“Many times, people buy these things with their super funds to help their own business due to cash flow restrictions,” he said.

One SMSF who was concerned about the impact of plastic bottles on the environment decided to invest in an ethical alternative.

“Water kiosk vending bills itself as providing a return that makes a difference, helping the environment and making a profit,” he said.

The fund invested a total of $27,500 in two of these kiosks that produce still or sparkling water and also have a stainless steel bottle available for purchase.

“It’s currently returning 15 per cent per annum, which is decent, and they seem to move them around shopping centres, universities, so good foot traffic areas,” he said.

“While it’s providing a good return on its own, this is a pretty good example of the flexibility and freedom that an SMSF gives you for ethical investment vehicles, which we’re seeing more of.”

Rural properties have various rights in the title deed and water rights are often split out. This allows property owners to trade their water rights with other parties.

One SMSF held 260 units of water rights typically bought per megalitre valued at $563,200.

“Just say you’ve got a river running through your property, you could sell over 100 megalitres to neighbours up or downstream,” he said.

“Or sell the water rights back to the original seller and rent the water you use. Or sublease the rights to one party who might retail it to others. You just hope there’s always water when you need it.”

One of the other quirky investments to appear in an SMSF was an $18,130 Brother 32G automatic tacker sewing machine.

This investment was made by another small business involved in leather working and fabric design.

“Calculating the return on an investment such as this would depend on the market size, contracts in play, and the value of the work being produced in the time frame before it’s superseded technology,” Mr La Greca said.

“The same issues of running costs, maintenance, down time and similar factors would need to be incorporated to understand the total performance of this investment over the span of its limited lifespan.”

Mr La Greca said that farmers regularly buy livestock as an asset that is leased back to the business.

“These are typically leased back for the production of milk and dairy products, so they’re usually around for longer than, say, cattle bred for meat stock,” he said.

“The other thing we’ve seen is they are kept for breeding and the calf are sold.”

While the value of tax plates is changing now because the limited right to operate is being disrupted by ride sharing services, some people still pay $220,000 for a taxi plate, Mr La Greca said.

“This Canberra-based taxi plate was purchased as an income-generating asset,” he said.

“The value is derived from the fact that a limited number of licences are made available to provide the right to operate a taxi.”

The rarity of collectibles gives rise to the idea that scarcity improves the value among buyers looking for that particular item, Mr La Greca said.

“It firstly assumes a market exists for the item. And that there are so few of these available that its perceived value outweighs the actual value,” he said.

He pointed out that there are some important rules around collectibles such as the fact they can’t be used for personal use, they must be stored correctly away from the owner’s primary residence and must be insured.

“We’ve seen more than one SMSF fund with a classic car, but you can’t buy it and drive it or rent it to a related party,” he said.

“So, it takes some of the fun out of it if you can only store it and insure it.”

Important rules with collectibles and personal use assets

Mr La Greca reminded SMSF practitioners and their clients of some of the important requirements that must be followed if the SMSF chooses to invest in collectibles and personal use assets.

If the asset is transferred to a related party, it must occur at market price, which should be assessed by a qualified independent valuer, he said.