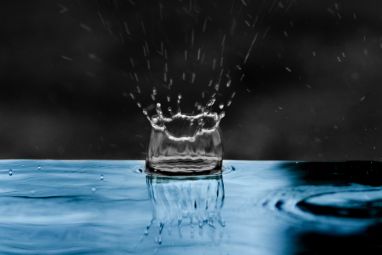 One year since the removal of the accountants’ exemption, SMSF accountants are still learning to navigate the unfamiliar compliance requirements and restrictions of the new licensing regime.

It’s been almost a year since the accountants’ exemption was first removed on 1 July 2016, following a three-year phase-out period. Despite ASIC commissioner John Price describing this as a “generous transition period”, the new licensing regime is proving to be a foreign environment for many accounting firms, with accountants still coming to grips with the new rules and requirements.

Paradigm Group managing director Patrick Nalty believes the licensing changes represent a “decade of change” for the accounting profession, with many of the older accountants still reluctant to get on board with the regime.

“The older accountants don’t want to do the six units of study to get their RG 146, nor do they want to do the constant compliance work associated with being licensed,” Mr Nalty says.

He says many accounting firms that are licensed are struggling with some of the compliance aspects, particularly in terms of the types of records they need to have on file.

If they’re providing advice, the accountant needs to produce a statement of advice (SOA), record of advice and keep file notes on what was said to the client. A financial services guide also needs to be given to new clients as early as possible.

According to Mr Nalty, some accounting firms are failing to comply with one or more of these requirements, which could place them and the firm at serious risk in the event that a client lodges a complaint with FOS.

“If somebody goes to FOS, the first thing that FOS will ask to see is the SOA and the file notes that were prepared for the client. If the accountant turns around and says, ‘Well, I haven’t done an SOA’, then case over,” he warns.

“FOS won’t even take it any further. They’ll just say there’s no statement of advice, and you’re in breach of your regulations, we’re going to rule in favour of the other party because we don’t even know what the client’s risk profile was or what format you gave the advice in.”

Licensing for Accountants chief executive Kath Bowler says some accountants are also unaware that they need to submit information to ASIC for the Financial Advisers Register.

She says the corporate regulator has been cracking down on accountants who are not on registers and issuing fines accordingly.

“Anyone who is giving advice needs to be on a financial advisers’ register and that’s not an automatic thing that happens with licensing,” says Ms Bowler.

“[Accounting firms] need to do a bit of a stock-take on who’s giving advice and get them on the right registers.”

Meanwhile, Mr Nalty believes there is a risk some unlicensed accountants will continue to provide the same level of advice, despite the exemption no longer applying.

This is especially problematic given that their PI insurance will not cover advice accountants are not licensed to provide.

“If they’re providing advice that’s deemed to be financial advice and they’re not licensed, it gives the disgruntled party an absolute free kick and the PI insurer will turn around and say, ‘Sorry, you’re not covered for financial advice so we’re not wearing the claim,” Mr Nalty says.

While accountants are still allowed to provide clients with factual information, National Tax and Accountants’ Association chief executive Geoff Boxer warns this can still enter dangerous territory, given the relationship accountants have with clients.

“It’s very easy to migrate across from a factual conversation to a conversation where the client has perceived they’ve been told to do something,” Mr Boxer says.

“It’s the client’s perspective as to whether they have received advice or not, so it’s difficult for the unlicensed accountants to make sure that they are just dealing with the facts in this space.”

Mr Boxer says accountants who are licensed also need to be able to recognise when they are venturing into the financial advice space, as they need to provide the necessary advice documents.

In addition to some of the ongoing issues resulting from the licensing regime, the superannuation reforms have thrown up new challenges for accountants as they attempt to provide guidance to clients without overstepping the mark.

Merit Wealth accountants services director David Moss says the superannuation reforms have resulted in some of the most complicated changes in more than a decade, and navigating these changes while complying with the new licensing framework has been challenging for accountants.

The CGT relief has been particularly difficult, given its complexity and varying scenarios that can arise.

“An unlicensed accountant can tell someone here’s the tax result of these scenarios, but most clients do not actively stand up to go and see an accountant to be told, ‘Here are your options. Go and work it out yourself’,” Mr Moss says.

Even accountants who are licensed are encountering problems with the reforms, especially after recent guidance released by ASIC last year.

“[Accountants] are trying to work out what exemptions apply to them because of the guidance ASIC put out in December- Information Sheet 216,” Ms Bowler says.

Ms Bowler says the guidance states that exemption for tax advice only applies if the accountant is unlicensed or a limited licence holder.

“If you have a limited authorisation from a full AFSL provider and that’s all the main licensees, you cannot give tax advice on specific products because of the way in which the regulation has been worded.

“It says that you can only provide tax advice if you’re not under an AFSL that has a full licensing capacity. So authorised representatives are really stuck on CGT and I would suggest a lot of them don’t even realise this.”

The next step for unlicensed accountants

He says advice on the superannuation reforms will fundamentally be licensed advice and with the bulk of changes coming into effect on 30 June, clients will be seeking guidance on what they need to do in relation to the changes.

Accounting firms also need to communicate to clients whether or not their firm is licensed and where they sit from a legislative point of view.

In order to deal with some of the superannuation changes, unlicensed accountants may decide to hold a joint meeting with a financial adviser to make sure that all bases are covered for the client.

Mr Boxer says unlicensed accountants need to be careful in these meetings that they aren’t reaffirming what the financial adviser is recommending, particularly if the client is looking to the accountant for their acknowledgement that the advice is correct.

“There’s a misperception out there that if they’re sitting in the room with a financial planner, then they cannot possibly be giving advice,” he says.

“Given the relationship, the clients may argue that while the advice was provided in the first instance by the financial planner, it was acknowledged by the accountant which really crunched the deal in terms of the client deciding to take action or not.”

Once unlicensed accountants have experienced their first big tax season under the new requirements, Mr Boxer believes there will be a greater push towards licensing.

“I’ll be very interested to see what happens in July after it dawns on them that they’re not able to have the same sorts of conversations as to whether they decide to go down the licensing path.”

Ms Bowler says many unlicensed accountants are looking at services that produce statements of advice including robo-advice services.

While some of these services may work, she believes there are traps with them too.

“Our concern with these services is that if the unlicensed accountant is going to be doing the fact-finding on behalf of the SOA provider or the licensee, are they going to be put in a compromising position where the client would expect them to give an answer that they can’t,” she says.

“Technically, they can do the fact-finding. There’s nothing stopping them from asking questions, but what often flows from that is the client wanting to know whether or not they should proceed with a particular strategy.”

Key industry figures have also predicted that there will be plenty of movement of licensed accountants, with some accountants already pulling out of dealer groups.

“The rubber is in the road now and accountants need to produce statements of advice and the process of producing those advice documents can be very clunky and long,” she says.

Some of the templates accountants are provided with for drafting statements of advice do not cover the types of advice SMSF accountants tend to provide.

“It’s also the process that they have to go through to get statements of advice approved, particularly if it’s outside the very narrow set of templates that are being provided to them,” Ms Bowler says.

“Accountants provide advice on things that a more traditional licensee might not be used to, around structuring tax, LRBAs and things like that. Often, the compliance process can take some time because the compliance team isn’t used to seeing advice like that.”

Another issue is the lack of transition or induction process and support.

“Accountants aren’t paying as much as they would for full authorisations. Yet, they probably need more support than a full authority because they’ve never operated in a licensed environment before,” Ms Bowler says.

“It’s not surprising that a licensee would put less money and less support into an authorisation that they don’t charge as much for.”

Mr Moss predicts there many licensed accountants will decide to switch dealer groups this year because many of them jumped into the cheapest offerings.

“Price is always going to be a big thing, but if I’m paying five grand or six grand for a piece of paper, and someone says, ‘Give me an extra thousand bucks and for that I’ll give you all these extra bits and pieces’, that’s going to be a much more attractive offer.”

Mr Nalty also weighed in, advising accountants looking to make the switch to look for a dealer group that will properly train and supervise to the extent that the accounting firm is comfortable that they are meeting their compliance obligations.

“It’s no good the dealer group just providing the templates because the templates mean nothing if you don’t know how to operate in a way that means you’ve giving the best advice to the client,” he says.

It is also important to have a philosophical alignment between the AFSL provider and the practitioner, according to Mr Boxer.

“The accounting firm should ensure that the authorisation that is offered by the AFSL is in line with the type of advice they want to provide,” he says.