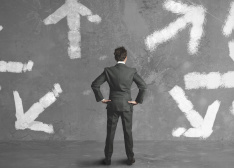 Superfund Partners director Kris Kitto tells Miranda Brownlee why the “writing is already on the wall” when it comes to the disruption and automation of SMSF administration.

Describe some of the developments you expect to see in the SMSF space in the future?

At the moment, a lot of it is about aggregating data, and that’s something that most of the software providers in the administration space have done. I see the next stage moving towards what actually happens with that data that is being pulled into a central location. We’ll then start to see a more intuitive-style automation. SMSF accounts in nature are very structured and investment-driven so it’s probably a lot easier to automate a lot of aspects of the administration compared with other types of accounting.

I think the next frontier will be analytics and big data – and we will start to see more of it, especially when you have some of the cloud providers getting close to having data for 100,000 super funds, which is a sizeable portion of the market. For example, something as simple as comparing self-directed SMSFs with the SMSFs of trustees receiving advice from an adviser, and actually looking at performance and asset allocation. There will also be continued improvements with customised tools. There are no limits to what can be done with data and the people using it. It’s more about giving insights and providing groups such as the accounting bodies or SMSF Association with a bit of ammunition to say to legislators, we’ve got these initiatives and here is some data that would support them. So I think up-to-date information for decision making and policy is actually quite exciting.

Do you expect to see the administration and audit process for SMSFs ever become completely automated?

Yes, I hope so. We laid down a challenge to see how soon we will have, at least on the administration and accounting side, a fund which is ‘zero touch’. That’s where we’re aiming to get to in the next few years. After that, I expect the audits will also become increasingly automated in much the same way the actuarial certificates have changed. I think this will start slowly, however, with a very small percentage of SMSFs. Over time this automation for SMSFs will expand and take on more variety in terms of the underlying investments in funds. I think the writing is on the wall and I think it will force everyone in the value chain to re-evaluate their value proposition to their clients.

How soon – on the accounting side at least – do you expect to have a zero touch SMSF?

We’re actually very close now. I don’t think it’ll be this year, but I expect within the next financial year there will be some funds that are fully automated. This means there’ll no longer be any manual processing anymore but there will still need to be things that happen around the provision of that service. It’s only the mundane things that are being automated, so that creates an opportunity for the early adopters of technology to look at their value proposition, increase the engagement and level of service and advice they provide their clients. This is especially for the accountants, because a lot of them are going down the advice root but a lot of them don’t have time to give the advice their clients want. If they improve their efficiency and automate the mundane stuff though, they can focus on the higher value relationship aspects of what they do.

What will the SMSF administration space look like in 10 years? Do you think the industry will largely be consolidated or will there be many smaller providers?

I think it’ll be a real mixture. I think there’s enough scope for niche or boutique administrators to exist or businesses that combine administration and advice – I think there’s still definitely an opportunity there. Aaron Dunn from the SMSF Academy has released some of the data from his Future of SMSF survey and he said in the past year, 60 per cent of all newly registered SMSFs were registered by 10 per cent of the businesses. What that means is that those who’ve got a good solution are going to grow, and they’re going to grow faster than the average, but you’re still going to have a lot of variation because it is a very fragmented marketplace and I think it’ll continue to be so, but you will have larger administrators growing. So it’s going to be a bit of a mixed bag.
If you’re in this space, what you don’t want to do is sit on the fence – if you just try to hedge your bets, you’re going to get knocked over. You either need to be very niche, or you can go with the low-cost, large-volume play.

You work with many SMSF firms – what are the biggest holes in their business models?

The biggest, I would say, is getting that single client view across multiple aspects of their business – especially for multi-disciplined practices that combine accounting, financial planning, super and some of them even do legal and IT consulting. I think having that single view that actually pulls together the data from the different systems is vital because clients go to these businesses [because] they’re a one-stop shop, but a lot of the time that’s not the experience they get because there’s no one, seamless, true picture of the data.

Written by Reporter
Last Updated: 08 December 2022
Published: 18 March 2016
You need to be a member to post comments. Register for free today