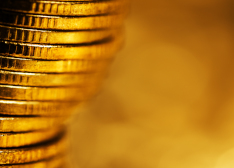 A sluggish Australian economy has pushed many SMSF trustees to consider investment in foreign equities. Could Europe be one region that offers value? Miranda Brownlee reports.

The European market experienced relatively strong performance last year – up 10 to 11 per cent in the 12 months to 30 November 2015, according to Alliance Bernstein data.

There are still some pockets of volatility, however, and some industries have been adversely affected by a weaker euro – a situation that is expected to continue.

According to Jonathan Fearon, Standard Life Investments’ investment director of European equities, volatility in Europe is being driven by sentiment towards emerging markets and the prospects for global growth. European companies, however, have long experience operating with weak economic growth, uncertainty and currency volatility, he says.

“Reform of the financial system and political structures in Europe will continue and should be a positive long-term, albeit delivery will likely be slow,” Mr Fearon predicts.

In addition, monetary policy in Europe will contrast with the next US rate move, he believes.

“This difference should continue to drive corporate activity and encourage leveraging of balance sheets and return of excess capital to shareholders, thus emphasising the attractiveness of European equity markets on a relative basis,” he says.

BetaShares chief economist David Bassanese says that with commodities experiencing a period of weakness and the Aussie dollar also weakening, it may be beneficial for SMSF investors to look for offshore exposure.

“Europe should outperform because there’s scope for earnings catch-up as the main driver. US earnings have been quite strong relative to Europe, but the European economy is starting to pick up and the European Central Bank is still retaining an easing bias.”

Within the region, the market in Germany increased by around 16 per cent in local currency terms to 30 November 2015; France rose by 15 per cent; Italy went up 19 per cent; and Russia was up 10 per cent. The UK, however, was down by 2 per cent.

According to Mr Fearon, food and beverages as well as household and personal care have both been performing well in Europe because of a mixture of earnings per share (EPS) upgrades and an “improving outlook for the developed market consumer’s real incomes due to falling commodity prices”.

“The resurgence of M&A, most notably the acquisition of SABMiller by Anheuser-Busch Inbev, has also helped market perception of growth going forward,” says Mr Fearon.

“Falling commodities has also improved sentiment towards travel and leisure, where falling oil and the weak euro seems to be driving an improvement in travel flows.”

“All the brewers have done really well in Europe – Heineken is one example – and there’s been consolidation in the brewing space – [notably] the bid for SABMiller.”

Technology is also expected to offer investors opportunities in Europe, particularly in Ireland and Germany.

Mr Bassanese says Ireland is one country SMSF practitioners may want to consider for their clients since it is benefiting from the tech boom occurring globally.

“There are more signs that Ireland’s competitive tax rate is attracting more firms to want to set up operations in Ireland,” he explains, adding that this is one reason why tech companies would like to see their profits coming out of Ireland rather than from elsewhere.

Mr Laurence says that while the technology space is a lot smaller in Europe than in the US, there are still opportunities to be had.

“Europe is more involved in industrial technology, so automation companies, for instance, that make robots for factories,” he says, noting that Germany is particularly strong in this sector.

Germany is also well placed as a major exporter, according to Mr Bassanese.

“It’s probably the strongest economy in Europe and is benefiting from the weakness of the euro because it’s a major exporting country – so Germany is probably the first place to consider,” he says.

Mr Laurence agrees that German companies could be a good option for investors, given expectations for the euro.

“I think there is risk of more downside with the euro so you want to be buying European exporters and hedging your euro exposure,” he says.

However, SMSF investors should be wary of some commodity exporters, according to Mr Bassanese.

“There are not a lot of countries with a large commodity exposure in Europe but you would want to be wary as there’s likely to be a lot of further downside in the commodities area,” he says.

“There’s a chance for those multiples to re-rate,” he says.

On the other hand, according to Mr Fearon, banks have been seeing weak performance.

Are there any blackspots?

The weakest part of the European market has been the resources and commodities space, according to Mr Laurence.

“We think there’s always a risk that prices could continue to fall,” he says. “Investors should probably stay away from resource and commodity stocks which have geared balance sheets.”

Falling resources and commodity prices have had some impact on markets, such as the UK, in which mining companies comprise a reasonable proportion of the index, he says.

According to Mr Fearon, the falling commodities outlook has been driven by a weakening in emerging market demand.

“This has driven a weakening outlook in basic resources and industrials generally,” he says.

Meanwhile, AllianceBernstein expects a modest recovery in oil by the second half of 2016, which could be a positive for Russia.

“Russian equities are trading at the historically lowest valuation multiples, which creates a potential for a large rebound,” says Mr Zlotnikov. “However, the political situation makes this an extremely risky investment and [it] should be sized appropriately.”

Mr Bassanese harbours some concerns about the peripheral European markets, predicting they are likely to underperform the core markets.

The performance of some of the peripheral European countries reflects Mr Bassanese’s concerns. The market in Greece plunged by 22 per cent in the 12 months to 30 November, while the Ukraine market saw a 35 per cent drop. The performance of other nations was also fairly poor, with Poland falling 6 per cent, Turkey dropping 13 per cent and Slovenia falling by 10 per cent.

Despite its market drop, however, the general consensus is that Greece is reasonably under control.

“The deal they did in Greece has basically seen Greece settle for at least the next couple of years – they’ve essentially kicked the can down the road for another two or three years so Greece shouldn’t blow up anytime soon,” said Mr Bassanese.

“Then again, the growth outlook for Greece has been quite challenged.”

Mr Fearon says the re-election of Alexis Tsipras as prime minister has resulted in a more pro-Europe stance and marginalised the anti-austerity parties.

“There is a general view priced into European equities that a macro spill over is able to be contained,” he says. “Greece can therefore bargain with less strength as seen so the government has to implement reform to a greater extent.”

Material problems are therefore unlikely to shock the system to the same degree, he says.

“Structural and institutional problems remain that we need to be aware of when considering any equity exposure though,” Mr Fearon adds.

According to AllianceBernstein, large caps will outperform the small caps, but only slightly. The decline in the euro is improving prospects for large-cap multi-nationals, Mr Zlotnikov says

“However, small caps tend to do better in an economic recovery, which we expect,” he says. “On balance, we expect only a modest outperformance of large cap stocks.”

Europe has good opportunities both in the large and the small-cap space, according to Mr Fearon. In healthcare, for example, Standard Life Investments holds both large companies like Novo Nordisk – a world leader in diabetes medicines – and smaller companies like French-listed care homes provider Orpea, which caters to the increased need for more private care home beds for the elderly.

“We are therefore fairly agnostic to size,” he says.

According to Mr Zlotnikov, some of the ETFs on offer for European equities offer currency hedging which can help “mitigate risk from the lower euro”.

Mr Laurence says while ETFs do give investors good exposure, with the appreciation the markets have seen in the past five years, it may be more of a stock-pickers’ market.

“It’s more a stock-picking market than buying an index fund and just trying to ride the index upwards,” he says.

Individuals may find it difficult to cover the huge array of companies across Europe and Mr Fearon says they may instead want to consider managed funds.

“Most European actively managed funds have outperformed the index over the long term, adding a lot of weight to the attraction of active management in this space,” says Mr Fearon.