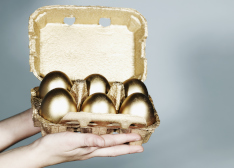 As an SMSF investment, gold is often criticised because it does not produce income – so is it still worth clients holding this asset class? Miranda Brownlee reports

For SMSFs that invest in gold, the attraction usually lies in the expectation of large capital growth. ABC Bullion chief economist Jordan Eliseo believes gold has been delivering on this expectation, with the price of physical gold in Australian dollars increasing 10.1 per cent per annum on average in the 10 years to the end of 2014. This was based on data from a variety of sources including ABC Bullion, IRESS, Cor Capital, Chant West, the RBA and US Treasury Bonds.

However, Tony Davison, general manager and senior financial planner at Henderson Maxwell Private Wealth Management argues that the Australian gold price has been largely bolstered by the drop in the Australian dollar. He says there has actually been a significant drop in the price of gold in US dollars from three or four years ago.

“Trustees are looking for other assets to put into their portfolio because their holdings in cash and term deposits are obviously suffering and gold also tends to perform well in a low-interest environment,” said Mr Eliseo.

“If you look at the return on gold [in years] when real interest rates are two per cent or less, gold tends to outperform the stock market and other investments and on average [increases] around 20 per cent per annum.”

The Perth Mint manager of analysis and strategy, Bron Suchecki, agrees that when real interest rates are low, the price of gold tends to move up.

“At the moment, there’s a general consensus in the gold market that if the US Federal Reserve increases interest rates then that’s going to make gold less attractive,” he says.

“[However,] everyone has been saying they’re going to increase interest rates and they haven’t for many years and I don’t think they will at the moment.”

Mr Suchecki said that most gold traders have already factored in the potential for interest rates to go up.

“Another geopolitical drama could see gold have another kick up in price, however,” he says.

Another benefit often attributed to gold is that it is uncorrelated with the stock market.

“Whenever you find the ASX tending to fall, gold will typically be rising so it helps to sort of balance out the performance of the portfolio,” said Mr Eliseo.

“Most SMSF trustees already have a fairly healthy allocation to Australian shares and other income producing assets. The beauty of a 10 per cent allocation to gold is that it’s going to be an asset that acts as a counterweight to the shares and term deposits.”

While Mr Suchecki agrees that gold can provide diversification in a portfolio as it typically isn’t correlated to assets such as shares and bonds, he says it’s important to note that this is not a perfect negative correlation.

“Sometimes if shares are going up, gold will be going up and sometimes when gold is going up shares are falling, but gold is driven by completely different supply and demand drivers that don’t necessarily match up with the economy,” he says.

SMSF trustees should be very sceptical about investing in gold based on the idea it is negatively correlated with shares, adds Mr Davison, since gold has no economic underpinning. The price of gold is down to the fundamentals of supply and demand only, he explained.

“The fundamentals that drive gold are when the gold mines are producing less of it and there is increased demand from people,” he says.

While demand is rising in the emerging economies, particularly India and China, this is being met with increased supply from gold mines around the world, he says.

Gold can also be an easy way to get foreign currency exposure into a portfolio, according to Mr Eliseo.

This is an important consideration for SMSF investors to take into account, warns Mr Suchecki, since a rising Australian dollar can also diminish the returns on gold.

“You want to have a little bit of a view when buying gold in Australia on what’s going to happen with the exchange rate,” he says.

Mr Davison says if SMSF trustees are investing in physical gold to gain an exposure to the asset class they may also find it difficult to get their money out when they want it.

According to Mr Eliseo, however, the idea that physical gold is illiquid and difficult to get in and out of at the right time is a misconception.

“If you look at the global turnover for gold in any given day, it is in the tens of billions of dollars and that’s across traders, manufacturers, jewellers, central banks, commercial banks [and] speculators,” he says.

“So gold is actually one of the most highly liquid asset classes on the planet.”

Mr Eliseo claims that SMSF trustees who invest $100,000 in gold will have “no problem trading it”.

“It is exceptionally easy to buy and just as easy to sell,” he says.

One of the biggest drawbacks of gold, particularly for a superannuation fund, is the fact it does not produce an income.

Mr Davison regards gold as a fairly volatile asset and because it is not an income producer it is a speculative asset rather than an investment asset.

“I don’t really think it produces a lot of benefit for people in terms of their superannuation,” he says.

Mr Suchecki says SMSF trustees should not be running large amounts of gold in their portfolio because it also doesn’t pay dividends or interest.

“You’re just using it as a bit of insurance in the portfolio,” he says, adding he does not believe gold is a suitable asset for SMSF trustees already in retirement phase.

“Once you get into pension mode you’re trying to earn an income from your [superannuation assets] so you certainly wouldn’t want to hold gold or at least [you would want to] run it down to a very low percentage.”

But Mr Eliseo disagrees, arguing that even if investors are in the pension phase, gold can still be a beneficial asset to hold although the allocation should be reduced to a lower percentage.

“The unfortunate reality right now is that cash rates are at record lows so what investors need to be thinking of are what kind of assets can I buy that will give me the right balance of diversity in the portfolio, and most trustees already have a fairly healthy allocation to Australian shares and other income producing assets,” he says.

The typical allocation to physical gold for an SMSF invested in the asset class is around 10 to 25 per cent, according to client surveys conducted by ABC Bullion.

Mr Suchecki says studies conducted by the World Gold Council have found that anywhere up to a 10 per cent allocation to gold can provide good diversification in a portfolio, depending on the risk tolerance of the investor. However, for a superannuation fund, a 10 per cent allocation is far too high for something he considers to be a speculative asset.

Given some of the costs that can be associated with physical gold, Mr Suchecki says that sometimes it may be worth SMSF practitioners advising their clients to look at alternatives, such as exchange-traded funds.

“Physical gold has a fabrication charge to turn it into an actual bar and that can be five per cent, which is quite a large entry fee,” he says. It also needs to be stored professionally, which attracts a storage fee.

Buying an exchange-traded fund that tracks gold may, in some cases, be a cheaper and more efficient option, according to Mr Suchecki. Management fees per annum for gold ETFs tend to be around 0.5 per cent, he says.

Another option is to buy online, which generally attracts an entry or exit fee of around one per cent.
For SMSFs that invest $100,000 in gold, however, physical gold is likely to work out cheaper than an ETF since the storage costs would be around $250 per annum or 25 basis points, according to Mr Eliseo.

“When you buy a gold ETF you’re buying a financial exposure to the gold price, but every single year there are fees and charges that are being taken out of that investment,” he says.

Mr Davison recommends SMSF trustees look towards gold ETFs or investing in shares in large cap gold mining companies to get exposure, since they are less likely to get caught up with the emotional aspects associated with physical gold.

“We would probably err towards exchange-traded funds, where they can generally find liquidity and they can get their money out when they want it,” he says.

“There’s a very transparent pricing mechanism in place and they don’t need to think about the conversion from US dollars to Australian dollars. It’s just done for them.”

Listed gold mining companies are perhaps the best way to gain an exposure to gold since they also provide the SMSF with an income at the same time.

These companies, he says, are able to sell gold for large margins above the cost price, which will benefit the investor.

“Think about the large cap gold producers, the companies that will survive regardless of the market conditions because they have the scale to produce it at fairly low cost – they should make money in most conditions,” he says.