In light of the superannuation reforms, it is essential SMSF practitioners review their clients’ SMSF documents, as outdated or overly prescriptive documents will restrict the implementation of vital strategies

These included the introduction of the transfer balance cap, changes to the treatment of transition to retirement income streams, and adjustments in the amount of concessional and non-concessional contributions allowed.

While these legislative changes were related to tax rather than SMSF documentation directly, they have resulted in new strategies, explains Heffron SMSF Solutions’ head of customer Meg Heffron. Therefore, SMSF documents such as the trust deed need to be reviewed to ensure they accommodate the new strategies.

NowInfinity SMSF technical specialist Julie Dolan says the changes have also had a big impact on estate planning, and strategies such as binding death benefit nominations and reversionary pensions will need to be reviewed to determine whether they are still applicable. If these strategies are changed, the estate planning documents will need to be reviewed too.

As SMSF practitioners would be aware, the trust deed is prescriptive in nature, with the trustees outlining the trustee powers and what the trustees need to do to effectively manage and operate the fund.

“If the trust deed has not been kept up-to-date with changes in the regulations, the trustee may lack important powers which will affect the operation of the fund,” Ms Dolan says.

“That could lead to all sorts of potential non-compliance or administrative penalties for the trustees.”

The recent changes to super are the most significant since 2007, and Ms Dolan says in most cases trust deeds will need to be updated. Some trust deeds contain catch-all clauses to say that the trust deed accommodates the superannuation rules and regulations, Ms Dolan warns this can be dangerous.

“A catch-all clause can actually bring into effect say, an APRA rule to an SMSF and cause unnecessary consequences for the trustee so just be very careful of those catch-all clauses.”

Cleardocs product manager and precedent lawyer Cassandra Townsend says while an SMSF member’s estate plan is usually mapped out via documents that outline how the member’s superannuation interest or death benefit should be distributed, the starting point is the fund’s trust deed.

“Depending on the terms of the deed, members may be able to put in place certain estate planning documents dealing with their superannuation interest,” Ms Townsend says.

Therefore, it is important the trust deed is reviewed along with the other estate planning documents, and updated or replaced where appropriate.

One of the opportunities of the new rules is the ability to roll over a death benefit without changing its status as a death benefit. It does, however, have to be converted to a pension or cashed out as a lump sum in the new fund.

Ms Heffron says this will be useful where the member, who was perhaps the driving force behind the SMSF, has died and the spouse wishes to wind up the SMSF quickly but retain the money in a super pension in a retail or industry super fund.

However, many trust deeds do not allow for this and it may need to be updated.

“It was never an issue before, so people didn’t need to worry about it because you couldn’t do it anyway,” Ms Heffron says.

Conversely, SMSF practitioners also need to ensure that where the member of a retail or industry fund has died and the spouse wants to receive the pension in their SMSF, the trust deed allows for this type of rollover to be received.

“They can do this through their pension documents or by creating new binding death benefit arrangements,” she says.

Meanwhile, Cooper Grace Ward Lawyers partner Clinton Jackson says it is important to determine whether reversionary beneficiary death benefit binding clauses work properly in the client’s trust deed in order to get the 12-month concession on the transfer balance cap.

“What we are seeing are a lot of deeds out there where advisers are intending pensions to be reversionary, but trust deeds don’t have any clauses to support or allow the trustee to pay to a reversionary beneficiary,” Mr Jackson says.

He adds that it’s important there are clauses to ensure that “payment to the reversion is automatic and there is no conflict in the deed, no conflict with any other provision in the deed, and that there’s no exercise of any sort of discretion or administrative power that needs to happen on behalf of the trust deed for that to take place”.

While a fund’s ability to segregate its assets will change from 1 July 2017 for those with larger balances, this will not impact their ability to run different investment portfolios, Ms Heffron says.

“It doesn’t change the trustee’s ability to allow members to choose specific investments to underpin their account. It just means that arrangement can’t be reflected in the fund’s tax return,” she says.

Many trust deeds treat segregation and member investment choice as the same thing, however, “ruling funds out of some valuable strategic planning opportunities,” Ms Heffron cautions.

The deed needs to “make it very clear that the two things are different and that you can run a different investment portfolio to someone else without segregating the asset”.

SMSF trustees may also need to reevaluate whether to make pensions reversionary or not.

While the SMSF trustee could change it by commuting the pension and restarting it, this could affect the grandfathering of certain benefits such as the Commonwealth Seniors Health Card.

“If you wanted to add a reversionary beneficiary now, and you stopped and restarted your pension, you’d lose that,” Ms Heffron says.

Therefore, one feature that may need to be incorporated into the trust deed is the ability to add or remove a reversionary pension to an account-based pension without stopping the pension.

There should also be express powers that allow any transfer balance cap excess to be paid out to the member or rolled back into accumulation.

Most SMSFs will need to look at their pension documents with many of these documents currently very basic in nature and inadequate for dealing with the complexities that can arise, according to Mr Jackson.

“The two main issues that we’re seeing with pension documents are people who have started TRIS and there being no automatic removal of the TTR or TRIS restrictions when they satisfy a full, unrestricted conditional condition of release,” he explains.

The second issue regarding pensions relates to the nomination of reversions. Mr Jackson says pension documents and trust deeds are not being properly drafted for reversions to work.

“Or, even if they do work, they don’t necessarily work automatically which is obviously necessary under the new rules if you want to have that credit count towards the reversion’s transfer balance cap 12 months after the member’s death.”

The documents for binding nominations will also need to be reviewed in some cases, Mr Jackson says. There is still some debate in the industry as to whether a binding nomination will give you the same treatment as a reversionary pension under the new rules for the 12-month transfer balance cap.

“In our view, it is technically possible to get the same treatment, but you need to have a very well-worded binding nomination that specifies the payment of the benefit automatically on the death,” Mr Jackson says.

“You also need a very well-worded binding nomination clause in the trust deed to make sure that happens automatically on death as well. If you do those two things, our view is that you can achieve the same result as having a reversionary pension.”

Estate planning documents, including pension documents and binding death benefit nominations, need to be considered alongside and reviewed in conjunction with the member’s will.

“This is particularly relevant if a member has in place an arrangement directing the trustee to pay benefits to their legal personal representative to be dealt with as part of their estate,” Ms Townsend says.

“If additional amounts of money are going to be leaving the super system, which in some cases is likely to happen, the practitioner may need to contemplate whether the will needs to include testamentary trusts for the person receiving that excess super,” Mr Jackson says.

Before the changes to superannuation were introduced, Mr Jackson says most estate planning strategies were done on the basis that all of the money would stay in the super system and, therefore, did not need a testamentary trust.

“Under the new rules, however, significant amounts of money could be forced out of the super system, which the client may not want under an individual name. It may be better to have it protected in a testamentary trust environment,” he says.

SMSF practitioners and trustees should also be aware that if they have a binding nomination or a reversionary pension for the surviving spouse, it will rule out the ability to pay the money into the estate.

“The binding nomination or reversionary pension will specify that it’s their money and that includes any excess amount,” Mr Jackson says.

“Any excess will need to come as a lump sum to them personally, which means they lose the ability to have the benefit flow back through the estate and into a testamentary trust.” 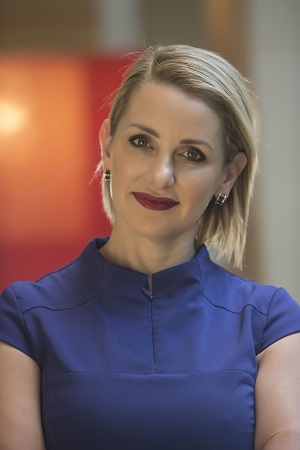 When the superannuation reforms were passed on 23 November 2016, many of us felt as if the earth had shifted.

Overnight, the superannuation game had been irrevocably changed to the extent that months later many of us are still seeking clarity to understand the full legislative repercussions and what we need to do in order to move forward in this new world.

With such transformative legislative changes, it is easy to forget about the documentation that creates the framework for our clients’ SMSF structure to function in.

It is for this reason, that as a thought leader in the SMSF space, NowInfinity recognises that this current environment brings a wonderful opportunity to re-engage your SMSF clients ahead of 1 July and ensure they are using the most up-to-date SMSF documentation which gives them the flexibility to make use of the latest tax and estate planning strategies available to them.

Written by NowInfinity
Last Updated: 23 September 2022
Published: 19 June 2017
You need to be a member to post comments. Register for free today
Discover