The number of SMSF funds paying a pensioner has doubled over the last seven years, a Partners Wealth Group SMSF audit survey shows.

The SMSF Audit Survey found that out of over 600 funds audited, almost half (47.6%) were paying a pension to a member who had retired or a transition to retirement income stream to a member who had reached his/her preservation. This was age 55 years up to last 30 June when it changed to 56.

Martin Murden, Director SMSF Consulting & Auditing from Partners Superannuation Services, a division of Partners Wealth Group, says that while this is only a small increase since 2014, compared with the 2008 survey, there has been a doubling in the number of SMSF pensioners from 23.8%.

Murden explains the shift can mostly be attributed to an ageing population.

Other key audit findings include that the number of SMSFs holding property has increased to 30.7%. This is rise of 3.2% from the previous year, and over 12% since 2008. The amount of property held in SMSFs has grown substantially since 2007, when legislation was introduced allowing superannuation funds to purchase property.

Murden states that findings like these highlight the importance for accountants in getting specialist technical and sometimes even legal advice when administering their SMSF client accounts. “SMSF regulations are tightening and legislation keeps changing. This can be a minefield for accountants to keep up-to-date with all the tax changes and exceptions. And we all know members rely on their accountants as the first point of call for their SMSF advice. Some members don’t even seek advice, they just tell their accountant what they’ve done after the event – many times it’s too late.”

Partners Wealth Group has specialists consulting in all areas of law, property, lending and estate planning that inevitably affect SMSF members at various stages of the life, including the drawdown phases. Our specialists work with accountants, advising them on areas to look out for and specific questions to ask their clients to help avoid future breaches” Murden says.

Murden suggests that accountants and advisors review whether an individual trustee structure is the best option for their clients.

“Every SMSF with two or more members will at some point lose a member, generally as a result of death or divorce. When this occurs, ownership of all assets has to be changed to reflect the change in members within the fund. With a corporate trustee, such an event is significantly easier to manage” he says.

Partners Superannuation Services is a division of Partners Wealth Group, and one of Australia’s leading and independent SMSF service providers. From conducting over 2000 SMSF audits a year, the group have extensive experience auditing funds with direct property, LRBAs, unlisted trusts and more, and provide accountants and their clients with full technical and legal support – helping clients remain fully compliant. 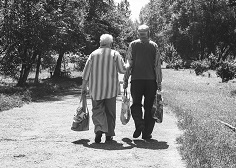 Total votes: 917
The voting for this poll has ended