Unnecessary complexity in the super system arising from a raft of legislative changes in recent years is turning ordinary Australians off superannuation and potentially towards other structures instead, warns the Tax Institute.

Speaking to SMSF Adviser, Tax Institute senior tax counsel Professor Bob Deutsch said he has always believed that the Australian superannuation system should be as simple as possible so that people are not deterred by unnecessary complexities.

Following the raft of legislative and regulatory amendments in recent years, however, most Australians, he said, are left struggling to understand the superannuation system.

“I genuinely believe that we are now heading down the path of making superannuation unnecessarily complex. People then lose faith and say ‘well I’ll do something else, I’ll negatively gear an investment property instead because I understand that but I don’t understand this whole superannuation business’,” he explained.

“I think that’s a sad outcome, because superannuation is a wonderful instrument to allow people to accumulate some reasonable retirement savings and we should be doing everything to encourage that, but instead with these complexities that we keep layering on top of it, we’re actually discouraging it.”

Superannuation is meant to be for all Australians, he said, but most people don’t understand it.

“I can speak from personal experience with my friends who are educated people and a lot of them throw their hands up and say it’s all too difficult,” he said.

While Mr Deutsch believes the government is now almost finished dealing with the 2016 budget super reforms, further changes could still lie on the horizon.

“Super has become one of these things where it’s always going to change and whoever wins the next federal election I think we can expect more changes to super rather than less,” he warned.

“Again, that is another problem with our system, because when you change something as often as we’ve been changing super, people lose faith in it. I can’t see anything changing in this regard regrettably; I think we’ll see more superannuation changes in the next 10 years rather than less.” 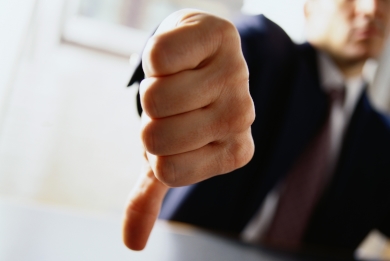