A major SMSF services provider says the government’s proposal to include the outstanding balance of an LRBA in a member’s total super balance for new arrangements is too broad, and has proposed alternative options.

Last week, Treasury announced it would be consulting on two proposed measures regarding limited recourse borrowing arrangements, including a measure which would see the outstanding balance of an LRBA count towards a member’s total super balance for new LRBA entered into on or after the commencement of the amendments.

SuperConcepts general manager of technical services and education Peter Burgess said the consultation paper refers to an arrangement where an SMSF member, who has satisfied a condition of release, withdraws an amount from their fund and then lends the amount back to their fund on commercial terms under an LRBA.

The paper goes on to explain that as only the net amount of the underlying asset, or the value of the asset less the outstanding loan, is included in the calculation of the member’s total super balance, the member’s total super balance which exceeded $1.6 million before the withdrawal could be reduced below $1.6 million allowing further non-concessional contributions to be made, said Mr Burgess.

“To overcome this, it is proposed that the legislation be amended so that for new LRBAs entered into on or after the amendments commence, the outstanding balance of the LRBA will need to be included in the calculation of the member’s total super balance,” he said.

Therefore, these contrived arrangements, he said, will only have relevance in situations where the member has satisfied a full condition of release.

“The proposed changes to the calculation of an SMSF member’s total super balance where there is an LRBA in place are in our view heavy-handed. We believe a more focused approach is required to discourage the contrived arrangements referred to in the consultation paper rather than the proposed approach which is likely to penalise many legitimate LRBAs that are being used for genuine investment purposes.” 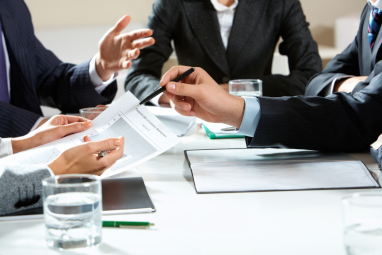