A recent AAT decision outlines some key lessons for accountants looking to transition to the AFSL regime from 1 July, particularly in relation to training procedures and record keeping.

The Administrative Appeals Tribunal (AAT) has reduced the banning term for a former Lionsgate Financial Group-aligned adviser, who was banned by ASIC in 2015 for breaches in record keeping.

According to a statement, the AAT reduced Atish Prasad's banning term from three years to 18 months. The move came after Mr Prasad applied to the AAT in May 2015 for a review of ASIC's decision.

Mr Prasad received the banning order from ASIC in April 2015 for alleged misconduct that occurred between June and December 2013, while he was a Lionsgate authorised rep.

At the time, ASIC said Mr Prasad was found to have failed to "maintain adequate records of his advice; provide a Statement of Advice (SOA) within the required timeframe; provide a SOA that adequately set out information about the basis on which the advice was given; and provide appropriate replacement product advice".

Accountants who are transitioning to the AFSL regime should take particular note of the hard line the regulator takes with these regulations, despite the banning term being reduced.

"Here is an [authorised representative] who was honest but careless and not following the law. It appears the licence holder did not have sufficient screening, training and review procedures in place to keep him in line," DBA Lawyers director Daniel Butler told SMSF Adviser.

"This decision is a great read for all advisers especially those seeking to embark on obtaining some form of licence. There is only one way of operating – do it properly and follow the law," he said.

Brexit speculation set to drive up price of gold 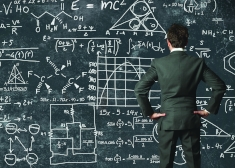