Peak Super Audits managing director Naomi Kewley explains what some of the critical definitions within the restructured APESB Code and auditor independence guide mean in practical terms for SMSF firms.

There has been a lot of focus on this term “routine and mechanical” in a lot of the discussions surrounding SMSF auditor independence. Can you explain why this is an important concept within the APESB independence guide and what it means in practical terms for SMSF firms, particularly those providing in-house SMSF audit services?

The term “routine and mechanical” is a very important concept because APES110 paragraph R601.5 tells us that:

An SMSF auditor cannot audit an SMSF where

or their firm has prepared the financial statements for the fund — unless their work in preparing those financials is a routine or mechanical service.

So what does “routine and mechanical” mean in a practical sense? Well, APES110 also steps that out for us. It involves:

What this is saying is that for something to be “routine and mechanical”, it must relate to the processing of data for which the trustee is responsible.

Basically, for a firm’s role to be “routine and mechanical” only in preparing the financials and leave that firm’s independence intact for the audit, trustee-approved data must be handed to the firm, fed into the administration software, out come the financials, and you’re done. Absolutely no ownership of the financials is assumed by the firm.

What are some of the key points of confusion or myths you’ve seen circulating in relation to auditor independence and the new guidance?

I’m seeing some misunderstanding out there about what a data feed actually does.

There’s a misconception I think that data feeds somehow reduce an accountant’s role to a glorified processer in preparing the financials. I think there’s this idea that an SMSF administrator can prepare the financials by clicking a button that majestically sorts all data feed transactions as per memorised transaction rules and suddenly you’ve got a faultless trial balance. But it’s not that simple.

There’s a risk here that people attribute too much to data feeds.

Data feeds are a big help, don’t get me wrong. They make processing easier. They are a processing tool. Data feeds improve accuracy and reduce error by removing the human element.

However, they don’t take the place of a decision-maker.

For example, data feeds don’t usually classify transactions. The person preparing the fund must make decisions about income and capital transactions and check that details for corporate action events like a share buyback are accurate. The fund administrator has to analyse events with a decision-maker’s responsibility; they don’t just accept the feed.

Data feeds also don’t prevent silly mistakes. It’s easy to make a mistake in setting up a data feed. For example, when an administrator is entering the APIR code for a managed fund and the code is entered incorrectly, the feed is going to be inaccurate — the difference might be very small, it might be very large.

At the end of the day, the administrator has to evaluate the transactions he’s seeing from the feed and take responsibility for accepting or rejecting what the feed is telling him. It’s a myth that the data feed does it all.

In practical terms, how can SMSF firms prove that their client took responsibility for their accounts and fits the definition of routine and mechanical? What would the client need to provide?

Well, to be left with only the routine and mechanical bit, the audit firm will need to show that the trustees were responsible for preparing the fund’s trial balance.

The ATO has made it clear that the trustees can’t just assume this responsibility “after the fact”, saying, “Yes, I’m happy and responsible for the financials my accountant has just prepared.”

They’ve actually got to build that trial balance. And the firm would need to see evidence of that.

The ATO has made it clear that just because an SMSF client has all their investments on data feeds, this does not necessarily mean that the client fits the routine and mechanical service definition. Are there circumstances where the client could perhaps use SMSF software to take responsibility for their accounts without much input from a professional and would meet the definition?

Yes, the ATO is spot-on here.

It’s important to realise that “routine and mechanical” has nothing to do with the simplicity or complexity of a fund’s asset mix per se. It refers to the TYPE of service undertaken by the accounting firm for that SMSF — a service that precludes all managerial responsibility for the financials.

So the question, are there exceptions, where the feed goes all the way and actually classifies the transaction for us in lieu of a responsible decision-maker? Well, maybe: in the case of employer contributions, these amounts have come to the SMSF through a clearing house and are clearly allocated as contributions for a particular member. There really isn’t any decision-making left after the feed has done its work.

But there are very few SMSFs where all feeds will fall into this category and do away with our need for a managerial decision-maker.

I think the most that can be said for data feeds is that they simplify processing for the decision-maker. They might put managerial decision-making within reach of some trustees, particularly for cash only/term deposit funds.

It really depends on the trustee and whether they are happy to accept that they have managerial responsibilities in terms of oversight and classification of the information received from a data feed. So, some trustees might actually be able to say to the firm, “Here is my fund’s trial balance — I’ve put it together, I’m happy with it, please run with this.”

Out of all of the super funds that I audit, I have one client who sends me their Excel file every year and I can log into that file and see that he has coded all the transactions and classified everything, he has prepared his own financials, and doesn’t speak to an accountant at all. He does speak to a financial adviser, but the adviser has nothing to do with preparing his financials; he does it from start to finish. I simply conduct the audit for him. So, yes there are some amazing exceptions to the general rule and I have one of them, but only one.

Do you have any general tips for firms that now need to make business decisions such as restructuring their firm?

I am not an expert on business restructuring, but I think firms need to be asking themselves what it is they do best, how they can best create value for their clients. This might mean letting the audit function go so that they can focus on the things that the firm does best.

Firms also need to be careful. If you think your firm has an acceptable plan to restructure, I’d recommend consulting with the ATO, to make sure the regulator is happy with it.

And also: be careful in thinking an easy solution is to set up a separate audit firm that can execute the audit function “out of house”, so to speak. This solution presents a raft of threats. The independence guide concludes that the only possible safeguard is to appoint a reviewer who is not involved in the audit, or who is not from the firm who prepares the financials.

So, it’s not a terrific solution. By the time you hand everything to a reviewer, one must question the whole point of setting up a separate firm. 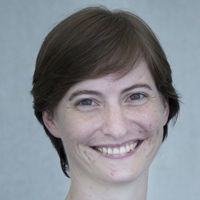 Written by Naomi Kewley
Last Updated: 08 December 2022
Published: 27 September 2020
You need to be a member to post comments. Register for free today