The introduction of ATO instrument SPR 2020/1 has allows LRBAs to be arranged in a slightly different way, and potentially makes it easier to obtain bank approval for these loans.

Limited recourse borrowing arrangements (LRBAs) by super funds are the subject of constant criticism by certain sectors of the industry and their political running mates.  Labor was intending to abolish them had it won the last election. It was doing so at the request of the industry funds who hate them because they cannot use them. Retail funds have the same view.

LRBAs are one of the reasons for having an SMSF. If you want your fund to invest in direct real estate then LRBAs offer the mechanism for leveraging your fund assets and gaining that sought-after exposure to Australia’s uber strong property market.

It therefore came as somewhat of a surprise when, far from abolishing them, the ATO recently announced a new way of arranging them that could make it easier to get bank approval for them. Maybe it was the banks who lobbied for the change, because it doesn’t seem that the super industry was pushing for change of this nature.

Super’s new loan version came in the form of ATO instrument SPR 2020/1 which allows a slightly tweaked version of an LRBA called an “intermediary LRBA”.

Before the determination, an intermediary LRBA wasn’t allowed as the property would constitute an in-house asset of the fund. The ATO as the regulator exercised its statutory power under the Superannuation Industry (Supervision) Act 1993 (‘SIS Act’) to determine that an asset that is held under such arrangement is no longer an in-house asset. The determination was registered on 19 May 2020 but is to take effect from 24 September 2007.

With an intermediary LRBA, DAMY Pty Ltd as the holding trustee will be the principal borrower and give the mortgage over the property to the lender.

The fundamental aspects of the trust would be similar to those of a typical LRBA. However, as the arrangement’s compliance relies on the regulator’s determination SPR 2020/1, David and Amy should ensure that all conditions prescribed in the determination are closely mirrored.

One of the conditions requires DAMY Pty Ltd to only have David and Amy as its directors and shareholders. In this example, David is the sole shareholder of the holding trustee. While the wording of the ATO determination may be somewhat ambiguous as to whether it necessarily requires each and every member of the fund to be a shareholder, best practice would be to ensure compliance having both David and Amy as the two shareholders of the company.

Likewise, the requirements in relation to documenting the holding trust are more prescriptive. In order to ensure that the arrangement can rely on the ATO’s determination as an exception to the in-house asset rule, the holding trust deed must have been carefully drafted and executed as a legally binding deed encompassing all the prescribed conditions in the determination.

The intermediary LRBAs are an unexpected  surprise but can now be welcomed into the self-managed superannuation investment product family. 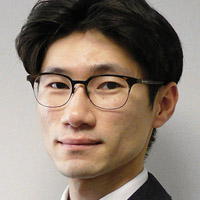