The perils of buying off the plan

Buying off-the-plan properties has always posed some risk to SMSFs, but with the downturn in property prices, the risk of failing to settle has increased.

Buying a property off-the-plan (OTP) typically refers to purchasing a property prior to construction starting – i.e. it only exists in plan form. For many, it is an attractive option when compared to buying an established dwelling as buyers often enjoy greater tax benefits, incentives and exemptions or concessions on stamp duty.

However, there are also inherent risks in purchasing OTP. The finished product may differ to the plans or the development may not go ahead at all. Moreover, the time between the OTP sale and the completion and settlement of the dwelling means that OTP buyers are essentially paying today’s prices for a product in tomorrow’s market. This makes sense when the property grows in value. But slowing price growth across all markets has seen sentiment shift. This in turn has given rise to greater settlement risk.

When property values fall, a property may be valued lower on completion than it was at time of purchase. This means that the purchaser requires a larger equity contribution than initially planned. The amount becomes greater if banks are lowering their loan-to-value ratios (LVR), meaning that buyers will need to contribute even more equity to settle their purchase. If the purchaser is unable to do so, then the property is not settled and will likely re-enter market, often at a lower price.

Our analysis has suggested that an established apartment has shown greater capital growth than an OTP apartment. Based on apartments initially sold since 1 January 2011 (and in Sydney since 1 January 2015 to capture the more recent weaker market) and that have since subsequently resold, resales of established apartments have consistently recorded stronger growth than the resale of an OTP apartment. It appears that an OTP apartment price has a premium priced in for being a new apartment compared to existing stock, as well as offering the tax benefits, incentives and exemptions that will not be as significant as for an established property. This in turn has translated into more limited upside in price growth for the first resale.

Table 1 shows that across the inner suburbs (within a 3-5 km radius) of Sydney, Melbourne and Brisbane, OTP apartment resales have realised consistently smaller gains than established apartment resales. In fact, the Melbourne market saw aggregate gains in OTP transactions since July 2011 lose an average 1.3% upon their subsequent resale. Resales of purchases in Sydney since 2015 have seen the highest gains of 18.2%, while its OTP market has still done relatively well, returning aggregate 9% gains on average. The gains seen in Sydney were driven by the more significant upturn in its market, which peaked in 2017. Meanwhile, growth upon resale of apartments in Brisbane has been muted.

Table 2 shows the magnitude of losses made across OTP transactions in the past seven year period. Around two thirds of OTP transactions in Melbourne since 2011 have recorded zero or negative growth upon resale, while this figure was nearly half (48%) in Brisbane. Looking at more resales of more recent OTP sales in Sydney, around 23% of OTP purchases since 2015 in Sydney recorded zero gain or a loss. Despite the aggregate gain of 9% in Sydney resale prices, even in the prior three years, it appears many OTP buyers have recorded losses.

Notably, the number of losses on OTP purchasers of 10% or more is greatest in Inner Melbourne, at around one in four resales. This can be attributed to the high level inner city supply in Melbourne in recent years, as well as the stamp duty saving for investors available to OTP buyers in Victoria up to 2017. The high level of recent supply in inner Brisbane has also seen 16% of OTP sales record losses of 10% or more on resale. This compared with 6% of resales in Sydney recording 10%+ losses. With losses at 10% or more, this would mean an OTP buyer would have effectively lost the 10% deposit at point of purchase and will be required to come up with additional equity at settlement (particularly if banks are requiring lower LVRs as well).

With apartment prices expected to fall further in 2019, the percentage of OTP apartment purchases recording a loss upon resale is expected to rise. In particular, the resale performance of one bedroom apartments in Melbourne and Brisbane compared to two and three bedroom apartments is a cause for concern for investors. Losses to purchasers reduce the attractiveness to subsequent investor buyers and will increase settlement risk, particularly in inner city pockets and in buildings where investors make up a large component of demand. If an increasing number of apartments do not settle, unsold stock will re-enter the market, often at a lower price, pushing prices further down. On a large enough scale, developers may also not be able to meet their finance commitments, resulting in more defaults and stock sold off quickly at a discount to cover debt.

The perils of buying off the plan 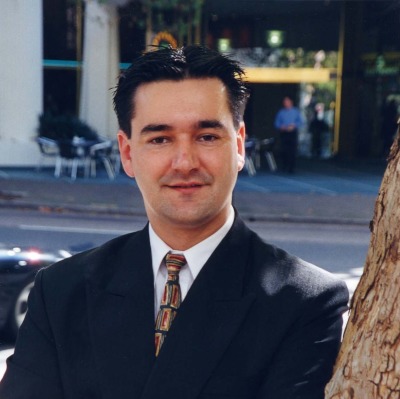 Written by Angie Zigomanis
Last Updated: 08 December 2022
Published: 15 March 2019
You need to be a member to post comments. Register for free today