A detailed analysis of Labor’s proposal to remove franking credit refunds has identified the pension incomes that will be hit hardest by the policy.

The Australian Labor Party’s proposal to remove franking credit refunds is part of a suite of projected $55 billion savings earmarked for important services and infrastructure projects. The underpinning philosophy is that these savings will be provided by Australia’s wealthiest people who won’t miss it.

But is that really the case?

The SuperConcepts technical team has done a detailed analysis and projection of the pension incomes hit hardest by Labor’s proposed policy.

Retirees with an account-based pension receiving a minimum pension amount of $45,000 per annum at age 65 will find themselves 15 per cent worse off in retirement savings after 20 years.

This is hardly the high-net-worth individuals that an aspiring Labor government suggested were the primary target of the projected government revenue.

Naturally, this concerned us at SuperConcepts, and the data we revealed formed a crucial pillar in our submission to the inquiry on the issue with the standing committee on economics.

Our analysis looked at the impact of removing refundable franking credits over 20 years on the superannuation balance of a member who at age 65 had an SMSF balance equivalent to the average SMSF balance for a member of that age (i.e. $900,000).

The calculations assume a 40 per cent allocation to Australian shares, 3 per cent capital growth and a 4 per cent income return. The calculations also assume the SMSF has a single member who only has a retirement phase interest in the fund and is receiving the minimum annual pension entitlement from an account-based pension.

That’s a significant impact on the fund’s earning rate and the total income received each year.

Breaking it down on an annual basis helps put the household budget in perspective.

That’s the cost of running a car and a modest annual holiday.

This is due to the retirement phase benefit being replenished at a lower rate as pension payments are made, resulting in a quicker depletion of their superannuation assets.

Sure, trustees could increase their pension payments above the annual minimum requirement, but this would accelerate the depletion of their capital and increase their dependency on the age pension at an earlier age.

The introduction of the superannuation reforms on 1 July 2017 means that SMSF members with substantial balances are less likely to be impacted by the removal of refundable franking credits.

The $1.6 million transfer balance cap introduced on 1 July 2017 effectively limits the amount of franking credits which are refundable under the current regime.

This is an important point because it means SMSF members with a total superannuation balance in excess of the general transfer balance cap (currently $1.6 million) may not be impacted, or the impact from removing refundable franking credits will be much less than first anticipated.

In other words, the projected budget savings of $55 billion over 10 years is unlikely to be realized. And much of the revenue that will be raised will come from the superannuation accounts of members with much smaller superannuation balances. Surely, that’s not the intention of the workers party.

If this policy is well-intentioned, the execution is misguided. A rethink in conjunction with the SMSF sector is in order to get the balance right. That, or a total abandonment of a muddled policy that hits the lower end of retirees. 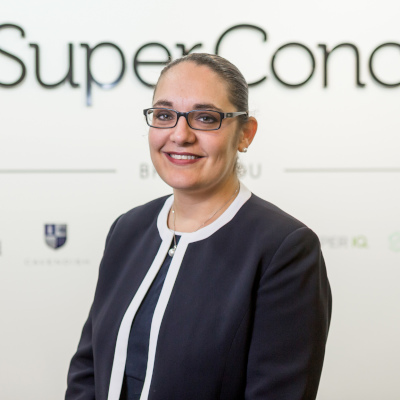 Written by Natasha Fenech
Last Updated: 08 December 2022
Published: 21 November 2018
You need to be a member to post comments. Register for free today