With the end of financial year period now over, SMSF practitioners should use this time to review their clients’ succession planning, including reversionary pensions.

The introduction of the transfer balance cap measures led to significant activity for SMSF advisers and their clients in the lead up to 1 July 2017.

With the pre-1 July 2017 planning and compliance activities now in the rearview mirror, advisers should take time to properly appraise their clients’ succession planning issues. This is particularly significant in the context of the transfer balance cap measures and their impact on reversionary income streams.

This contrasts with reversionary death benefit income streams, which automatically revert to specified beneficiaries, because the governing rules or the pension rules under which the pension is provided expressly provide for such reversion.

Importance of the distinction

The difference in the transfer balance cap treatment between non-reversionary and reversionary death benefit income streams is significant.  In particular:

In the latter case, post-death earnings on the deceased member’s account balance will automatically accrue to the pension interest without giving rise to additional credits to the recipient’s transfer balance account.

Careful planning is required for members with transfer balance accounts at or close to $1.6 million. Where a member expects that the payment of a death benefit income stream will cause the recipient to exceed their transfer balance cap, the member should consider making the income stream reversionary so that the recipient has 12 months from the date of the member’s death to make important commercial and tax decisions regarding their superannuation affairs. These decisions include:

It should be noted in this regard that it is not possible to internally commute a deceased member’s reversionary pension in a fund such that the interest supporting that pension forms part of the recipient’s accumulation account balance.

A summary of the potential options that may be available to a reversionary beneficiary is set out in the table below. 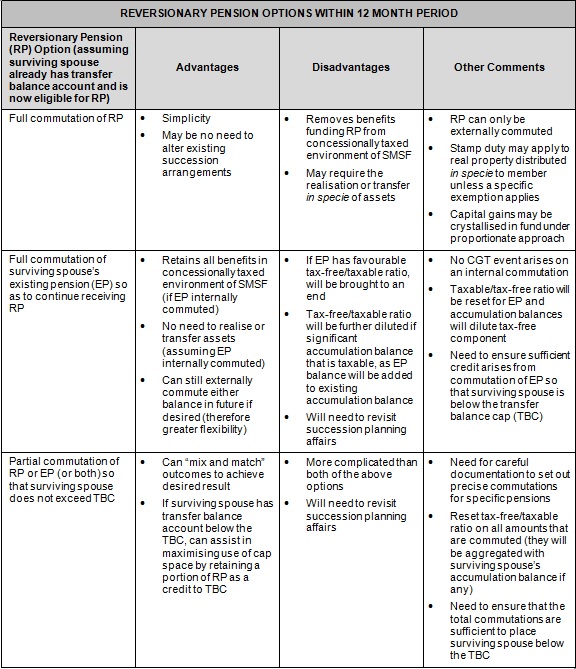 It may be seen that there are a number of potential trade-offs and issues to consider in evaluating the options available in dealing with reversionary pensions under the transfer balance cap regime. Careful planning is required in order to ensure that members are able to maximise outcomes. 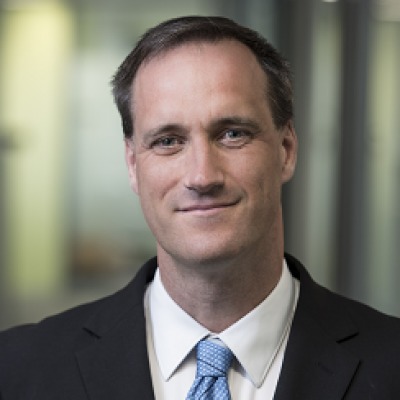