The SG amnesty: Opportunities and risks

The proposed SG amnesty requires a number of serious modifications to enable employers to come forward with legal certainty.

On 24 May 2018, the government announced a 12-month superannuation guarantee (SG) amnesty (Amnesty) that proposes to give employers an opportunity to rectify past SG non-compliance without penalty. If the Treasury Laws Amendment (2018 Superannuation Measures No. 1) Bill 2018 (SG Bill) is ever made law, the Amnesty period will apply from 24 May 2018 and run for a 12-month period to 23 May 2019.

We therefore recommend that Treasury and the Australian Taxation Office (ATO) consider introducing the Amnesty when the law is actually passed rather than relying on legislation which still has to be passed by Parliament which will then have retroactive application to 24 May 2018. The Amnesty is already being actively promoted when no law exists and employers are already coming forward without reading the finer detail that the Amnesty is subject to the passing of the SG Bill into law. Further, the 12-month period already commenced to tick away on 24 May 2018 when the SG Bill was tabled in Parliament and no one knows when, if ever, the SG Bill will become law. In particular, it is understood that the Labor Government may not support the Amnesty. The many employers that have already made disclosures to the ATO on the basis of the proposed Amnesty may have therefore been misled. However, the ATO will broadly treat these as voluntary disclosures if the SG Bill fails to become law.

What is the SG Amnesty?

Under current law, failure to contribute the minimum 9.5 per cent of an employee’s ordinary time’s earnings to the employee’s superannuation fund by the required time can result in a liability to pay the following:

1 SG charge (a sum of the total of each relevant employee’s SG shortfalls, nominal interest component, and a $20 per employee per quarter administration component);

2 Penalties (known as Part 7 penalties) for failing to provide information or a statement as required under the law, which can be up to 200% of the amount of the SG charge; and

3 General interest charge imposed where the SG charge or Part 7 penalties are not paid by the due date.

Accordingly, an employer that fails to pay the required SG amount by the required time faces the SG charge, penalties and, where applicable, the general interest charge. The following example illustrates the substantial impact on an employer’s cash flow from this current SG system:

Employers are broadly liable to pay the ATO an amount of SG charge equal to their SG shortfall for a quarter, which is the sum of the following for the quarter:

1. SG shortfall component, which is the total amount by which an employer has fallen short of contributing the minimum percentage for each respective employee;

2. nominal interest component, which is the amount of interest on the total of the employer’s SG shortfalls for each respective employee for the quarter calculated from the beginning of the relevant quarter until the date SG charge is payable; and

3. administration component, which is $20 per employee to which the SG shortfall applies for the quarter.

Broadly, SG charges are not tax deductible. This means that if you are late in paying the required SG to your employees, you will not be able to deduct that SG shortfall. You are also unable to deduct the nominal interest and administration components from the relevant SG charge.

The proposed Amnesty provides employers with an opportunity to rectify past SG non-compliance without penalty for a 12-month period. Under the proposal, an employer that has an SG shortfall amount that qualifies for the Amnesty is within any period from 1 July 1992 up to 31 March 2018 is provided with the following:

1. The ability to claim tax deductions in respect of SG charge payments made and contributions that offset the SG charge to the extent that the charge relates to the SG shortfall;

2. Administrative component to the SG charge will not apply (ie, $20 per employee to which the SG shortfall applies per impacted quarter); and

3. Part 7 penalties will not apply.

That being said, employers will still be required to pay all employee entitlements, which include the unpaid SG amounts and the nominal interest (calculated at 10 per cent per annum) owed to employees as well as any associated general interest charge.

What is required to qualify for the SG Amnesty?

Broadly, the SG Bill states that an employer qualifies for the Amnesty for the employer’s SG shortfall for a quarter if they satisfy all of the following:

1 During the Amnesty period, the employer discloses to the ATO, using the approved form, information that:

(a) Relates to the amount of the employer’s SG shortfall for the relevant quarter; and

(b) Was not disclosed to the ATO before the Amnesty period.

2 The relevant quarter where SG shortfall is disclosed is 28 days before the Amnesty period (i.e., the last eligible quarter would be the quarter ending 31 March 2018).

3 The ATO has not previously advised the employer that the ATO is examining, or intends to examine, the employer’s compliance with respect to SG charge payments for that quarter.

This could occur where an employer has previously lodged an SG statement for the quarter which understated the amount of SG shortfall. If the employer otherwise met the qualifying criteria of the Amnesty, the employer can access the Amnesty to the extent of the additional SG shortfall amounts.

Ceasing to qualify for the Amnesty

1 the employer has not, on or before the day on which SG charge on the employer’s SG shortfall for the quarter became payable, paid that SG charge and has not entered into an arrangement with the ATO that includes the payment of that SG charge; or

2 the employer has failed to comply with such an arrangement with the ATO.

Accordingly, once the Amnesty is accessed and disclosure has been made, the employer must follow through on payment of the relevant SG charges imposed due to SG shortfalls.

What is tax deductible from the SG Amnesty?

Payments that are made within the Amnesty period in relation to SG charge imposed due to SG shortfalls disclosed under the Amnesty can be deducted against an employer’s assessable income in accordance with the deductibility rules in the Income Tax Assessment Act 1997 (Cth) (ITAA 1997).

These payments can be deducted regardless of whether or not the ATO applies the payment to satisfy an employer’s liability to pay the SG charge imposed on the SG shortfall that qualifies for the Amnesty.

This ensures that employers that already had an outstanding SG charge debt prior to accessing the Amnesty are able to claim deductions for payments they make despite the ATO first applying their payments to clear their existing debt.

Payments made in relation to eligible SG charges imposed due to SG shortfalls can be deducted up to the amount of the SG charge. Therefore, an employer that has negotiated a payment arrangement with the ATO can claim deductions for part payments up to the value of the total SG charge eligible for the Amnesty.

If the SG Bill is finalised as law, employers will first need to calculate the relevant amounts of SG charge payable. Afterwards, employers can apply to access the Amnesty in one of two ways.

Full payment to relevant employee’s super fund
If an employer can make full payment of the SG shortfall and nominal interest amount for each relevant period and those periods qualify for Amnesty, the employer should:

(b) complete and lodge the SG Amnesty Fund payment form (NAT 9599) with the ATO.

The form should be lodged on the same day the relevant SG amount is paid. This option is the simplest way to pay outstanding SG shortfall amounts, with general interest charge typically not charged.

Enter into a payment plan with the ATO
Alternatively, where the employer would like to access the Amnesty but is unable to pay the SG charge amount owing in full, the employer should:

(a) complete and lodge the approved form, SG Amnesty ATO payment form (NAT 9599), with the ATO; and

(b) pay the amount owing to the ATO pursuant to a payment plan.

If there will be difficulties in paying the full amount, a payment plan can be set up with the ATO to pay the amount owing over an agreed period. After the form is submitted, the ATO will contact the employer to set up a payment plan.

Are employers still required to pay all employee entitlements, including the unpaid SG amounts owed to employees and the nominal interest?

If the Amnesty announcement does not get finalised as law, the “employers are still required to pay all employee entitlements. This includes the unpaid SG amounts owed to employees and the nominal interest”.

Thus, as noted in the example, an employer would generally need to calculate any SG shortfall based on salary and wages (rather than ordinary times earnings).

Further, the Amnesty does not extend to other employee/wage related events such as payroll or work cover.

The explanatory memorandum of the SG Bill refers to the ATO’s views on the meaning of ‘examination’ explained in the ATO’s ruling in MT 2012/3. The ruling states that the term 'examination' is very broad and covers not only traditional audits which the ATO undertakes to ascertain an entity's tax-related liability but any examination of an entity's affairs.

A range of compliance activities undertaken by the ATO may involve an examination of an entity's affairs, including reviews, audits, verification checks, record keeping reviews/audits and other similar activities. This means that any of those compliance activities may disqualify an employer from being eligible to access the Amnesty for that relevant quarter.

Accordingly, expert advice should be obtained before attempting to access the Amnesty.

However, the exception does not apply where the employer has made the contributions directly to an employee’s fund under the Amnesty and has used those contributions to offset their SG charge liability.

Accordingly, where employers make direct contributions to employee funds under the Amnesty, the employee may be subject to:

1 Those concessional contributions being included as assessable income;

The proposed Amnesty still has to be passed as law before it will have actual effect. Further, there are still a number of serious modifications required to be made in order to make the Amnesty an appropriate basis for employers to come forward with legal certainty. Indeed, it would be preferable for the law to be introduced and passed before an amnesty of this nature is announced. We also recommend that the Government make the SG regime and penalty system more aligned to modern business practices rather than applying the current inflexible and substantial penalties even where an employer is only one day late.

The SG amnesty: Opportunities and risks 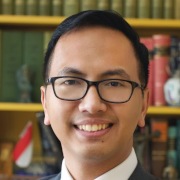