The pros and cons of adding an automatically reversionary beneficiary when starting an income stream have always been an important estate planning consideration, however, the introduction of the transfer balance cap (TBC) adds further complexity to this decision.

Accurium recently confirmed with the ATO that there is another benefit to automatically reversionary income streams which SMSF professionals should be aware of.

If a member holds a life insurance policy in their SMSF then upon their death the SMSF will receive the proceeds of that policy. The payout will be treated differently under the TBC depending on whether the member’s income stream was reversionary or not.

However, with an automatically reversionary income stream the TBA credit value is the account balance on the 'starting day', meaning the date the pensioner passes away. Given that any life insurance proceeds will not be received until after this date, they would not form part of the account balance, and therefore the credit value for TBC purposes. This means that for an automatically reversionary income stream that included a life insurance policy (and where proceeds would be paid into this interest after death) then the value of the payout would not raise a TBA credit. A credit equal to the balance of the automatically reversionary income stream at date of death would apply to their TBA twelve months later. The life insurance proceeds, not matter how large, would not impact the TBC and could remain in the tax free retirement phase.

Consider a two member SMSF, husband and wife Brad and Angelina, each with $700,000 in accumulation phase and looking to retire. Brad has a life insurance policy in the SMSF with a $500,000 sum insured.

Unfortunately Brad is involved in an accident and passes away suddenly two years later. The balance of both of their income streams at this time is $600,000.

The life insurance payout of $500,000 is received by the fund following Brad’s death. Angelina wants to take the death benefits as an income stream in the SMSF.

Let’s first assume Brad and Angelina had commenced a non-reversionary account-based income stream with their $700,000 account balance. This applies a credit of $700,000 to their TBA and they each have a remaining TBC of $900,000.

After Brad’s death his account-based pension and life insurance proceeds paid as a death benefit income stream would create a transfer balance credit of $1,100,000 to Angelina’s account at that time. Her remaining TBC at this time is only $900,000 and taking this action would create a $200,000 excess transfer balance.

Angelina could take action upon Brad’s death and commute an amount of $200,000 from her existing income stream to accumulation phase; this would create a debit against her TBA and increase her remaining TBC to $1,100,000 allowing her to accept the entire death benefit pension.

Either of these options creates an asset for Angelina that may produce taxable income, as all assets are no longer in the tax free retirement phase.

Let’s instead assume that Brad and Angelina commenced automatically reversionary account-based income streams with their $700,000 balance, with the pensions reverting to each other should they pass away.

For SMSF clients holding life insurance policies in their funds, it is worth considering how any payout would impact their beneficiaries’ TBC. Automatically reversionary income streams may help ensure the proceeds are not counted towards the cap. 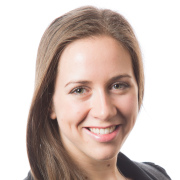 Written by Melanie Dunn
Last Updated: 08 December 2022
Published: 18 May 2018
You need to be a member to post comments. Register for free today