A tough day in the royal office for Henderson Maxwell

As the royal commission saga continues, it's clear that time is up for the inadequate research, cookie-cutter advice and poor professional judgment that all too often plague the advice industry.

A gripping day at the royal commission on 24 April 2018 saw the focus on poor advice shift from the major banks and AMP to a smaller, ‘independent’ financial advice business, Henderson Maxwell. Sam Henderson has built a high profile in the independent advice space with regular appearances on Sky Business and The Panel, and columns in the AFR and Money magazine. As the successful owner of a boutique advisory firm in Sydney with a number of financial advice awards under his belt, $170 million under management and a recent equity sale to an Italian fund manager, he presented as a role model for aspiring wealth managers across the country.

Safe to say, he had his toughest day in the office ever, as an aggrieved client volunteered her experience with his business and revealed some startling revelations.

The video of the client’s and Sam Henderson’s evidence is here, starting at about 5:00:00 on Day 17.

Focus on the actual advice

There is a lot to go through. The biggest issue was advice to roll out of a rare ‘deferred benefit’ public service scheme, with the consequences of the client missing out on a potential $500,000 retirement benefit two years later. Not ideal.

The direction to then inject the proceeds into a new ‘Henderson Maxwell Accounting’ originated SMSF and then invested into a ‘Henderson Maxwell Investments’ managed account share portfolio compounded this poor advice. In addition, the recommendation included using a third-party managed account platform that Sam was an equity holder in. The client advised the commission that she had repeatedly told Mr Henderson at the initial meeting that she did not have the skills or time to run an SMSF and definitely did not want one.

Exacerbating the whole situation, his assistant pretended to be the client a number of times in dealing with the client’s existing superannuation fund, his non-existent Masters degree recorded on regulatory client documentation and finally a series of emails with the Financial Planning Association in an investigation that could be described as less than complimentary about the client.

It’s difficult to think of anything else that could have gone wrong.

Advice without commissions will come at a cost

I feel for Sam a bit, as public service funds are often confusing and generally have a number of subtle benefits not normally found in other superannuation products that are available to the general public. When a client walks in with significant funds in one of these schemes, the adviser must get the facts straight. The fact that the fund repeatedly told his assistant the deferred benefit would be lost shows some serious lapses in the background research.

In the past, I have found that usually a client is better off to remain where they are for these reasons, and use the advice opportunity to find other facets of a client’s financial life that may need attention.

Carelessness on this point aside, the remainder of the advice presents itself with an unholy trinity of inadequate research, cookie-cutter advice and poor professional judgment that all too often plague the advice industry. Clearly, it’s time is up.

As the royal commission moves from discovery to action, and the public demand more client-centric advice that is driven by their best interests, a new dawn approaches for advisers who wish to continue to do the right thing and, in turn, will be successful. The next step will be managing the client expectation that good quality advice, without the commissions and aligned interests, simply cannot come cheap.

Tim Fuller is a Certified Financial Planner and Head of Operations at Nucleus Wealth.

A tough day in the royal office for Henderson Maxwell 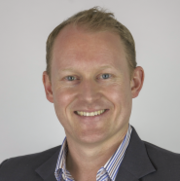 Written by Tim Fuller
Last Updated: 08 December 2022
Published: 27 April 2018
You need to be a member to post comments. Register for free today