Many SMSF clients still don’t recognise that the ‘devil is in the detail’ with the changes to pensions, particularly where unforeseen circumstances arise.

It has been a big year for the SMSF industry following the major policy changes the federal government made to super in the 2016 budget. Industry practitioners — be they advisers, accountants or lawyers — have had a busy 12 months getting to grips with myriad technical changes in the way funds can be managed and reported on.

A persistent theme which was reflected on at the SMSF Association conference last week was that SMSF clients may not appreciate the complexity of the government’s policy changes.

At the core of the reform package was the reduction of concessional contribution caps and the introduction of the $1.6 million tax-free pension limit. When the government announced the changes they argued that they would only affect about 4 per cent of superannuation accounts. No doubt many people with considerably less than $1.6 million in their super fund account filed the changes away under the category of 'nice problem to have', or 'wake me up when I get there'.

However, as always, the devil is in the detail – particularly when unforeseen circumstances happen. For example a key technical change that took effect in July last year was to the definition of a death benefit. The result is that upon the death of a fund member the death benefit has to be cashed out of the super system either by payment of a pension or a lump sum. Complexity arises depending on the type of pension that is set up and how that works with other estate planning issues.

If one of the couple was to die and leave their remaining superannuation to their spouse, however, then the $1.6 million cap suddenly comes into the calculations. If Joe dies unexpectedly, Jane is in a position of now having $2 million in her pension account — her original $1 million pension balance plus the beneficial pension left by Joe.

People with accounts with much lower balances may well be unsympathetic to Jane’s situation. However when you consider that a woman living beyond 90 is far from unusual today, Jane is looking at funding her retirement lifestyle for around 30 years. In this context, making her $1 million last that long can look challenging, particularly in a low-return world.

The complexity of the regime becomes painfully clear when you consider there are a range of different options available to Jane that involve cashing out her surplus pension amount and therefore losing its concessional tax treatment, commuting part of her existing pension back into the accumulation phase, and using Joe’s reversionary pension to pay the majority of her superannuation income to maximise the superannuation assets that are tax free.

There are complex regulations and potential minefields for the unsuspecting in making sure the SMSF fund is managed efficiently from the trustee’s perspective and remains compliant with the new laws. Depending on Jane’s individual circumstances and needs, the differences between options chosen can involve significant amounts of money.

The regulations do not apply solely to self-managed super funds. The same rules apply to retail and industry super funds so these are challenges the entire super industry will have to grapple with over the foreseeable future. However, due to the role of trustees and their responsibility for the administration of the fund, this is emerging as a critical area for SMSF trustees to get specialist advice.

Estate planning has always been part of a professional financial plan but what has emerged is the rule changes in the pension phase have opened up a new area where technical structures and strategies can have a significant impact on income in retirement. 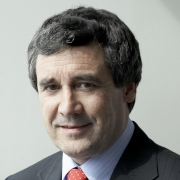 Written by Robin Bowerman
Last Updated: 08 December 2022
Published: 23 February 2018
You need to be a member to post comments. Register for free today