A positive announcement out of the 2017 federal budget was the ability to contribute to super when downsizing a home, but this announcement has raised more questions than answers for SMSF professionals since then.

Legislation to give effect to this measure, which is due to commence from 1 July 2018, was introduced into Parliament recently as part of the Treasury Laws Amendment (reducing Pressure on Housing Affordability Measures No. 1) Bill 2017. The introduction of this bill has provided answers to a number of questions that have been circulating since the budget night announcement.

There are some significant benefits from this proposal that advisers should be raising with their clients. First, there are no work test requirements to contribute proceeds from downsizing into super. Given this measure will only apply to people aged 65 and over, this change is important. At the moment any clients aged 65 to 74 would need to meet the “work test” of 40 hours' gainful employment within a 30-day period during the year in order to contribute to super. And people aged 75 and over cannot contribute at all (irrespective of working status). People of these ages will be eligible under this measure.

Second, the contribution will not be subject to the new $1.6 million of total super cut-off that applies from 1 July 2017 to determine your eligibility to make non-concessional contributions to super. This means that those who are already at the cap will have an extra opportunity to boost their super.

Third, for those for have never had the ability to contribute to super, or very limited ability to benefit from increasing rates of super guarantee etc, this may be their first (and only) chance to use super to its maximum extent.

Will the timing of the sale of the property have an impact?

Whilst the ability to contribute under this measure does not commence until 1 July 2018, there were some initial questions about the timing of the sale and whether it can occur before that time. The bill provides certainty in that the measure is only available in relation to the sale of an eligible property where the exchange of contracts for the sale occurs on or after 1 July 2018. The fact that an exchange may have occurred prior to 1 July 2018 and settlement (which is relevant to the timing of the contribution) may occur after that date is not relevant and will not create opportunities to make a downsizer contribution.

The requirement for an exchange to have occurred on or after 1 July 2018 is an important consideration for anyone currently considering selling their home, or thinking of doing so in the lead up to 30 June 2018.

If they want to be able to utilise this measure, they will need to defer the sale (and exchange of contracts) until at least 1 July 2018. However, it’s important that anyone considering this as an option introduces an element of investment risk as it involves taking a view that property markets won’t decline over the next 12 months.

How soon after sale must the proceeds be contributed to super?

For a contribution to qualify as a downsizer, it needs to be made within 90 days of the date that the change in ownership of the property occurs. This is usually the date of settlement and the date of proceeds being received. However, there is an ability to request the Commissioner of Taxation to extend this date in certain circumstances. The Explanatory Memorandum gives an example that an extension may be granted in a scenario where there is a delay in the purchase of a replacement property that is outside of the individual’s control. But it is unlikely an extension would be granted to ensure that the individual was able to reach age 65 before making the contribution.

Again, this highlights a critical issue around timing, as the individual can be under 65 years of age at the time the property is sold, but if they turn 65 within the 90 day period, then the option for making a downsizer contribution can arise.

What are the Centrelink implications?

Clients who have access to this measure may currently be eligible for the age pension. The government has confirmed that any change to a person’s balance in superannuation as a result of this measure will be assessed under the assets test. Clearly this has the potential to significantly impact on a person’s age pensions entitlements as funds are moved from an exempt asset (principal residence) to an assessable asset (superannuation).

Under existing Centrelink rules, if a pensioner sells their principal residence, the proceeds can be exempt from the assets test for up to 12 months if their intent is to buy a new principal residence. Given the time to make the eligible contribution is 90 days after the change in ownership, there will be no Centrelink impact during that period. But it’s important to remember that as soon as the contribution has been made into super, it will become an assessable asset. Any proceeds that remain outside super that are still intended to be used towards the purchase of another principal residence can still remain exempt for Centrelink’s asset test assessment for up to 12 months.

What is an eligible property?

To be an eligible property, the proceeds from the sale of which can be contributed as a downsizer contribution, there are certain requirements that must be satisfied. These are that:

• The property must be located in Australia;

• The property must have been owned for at least 10 years prior to disposal; and

• The property is not a mobile home, caravan or houseboat.

In addition, the sale of the property must qualify for a CGT exemption on the basis of it having been a main residence (or would have qualified if it had been purchased after the introduction of the CGT rules). Importantly though, the property doesn’t have to qualify for a full CGT exemption under these rules, meaning if the property had ceased to be (or only became) the main residence at some stage during its ownership, then it could still qualify as an eligible property.

One important point of clarity that has been provided from the bill that was not available at the time the measure was originally announced is around ownership. Generally, you would expect the ability to contribute under a measure such as this to flow with ownership structure. However, that is not the case.

Rather, the bill proposes to allow contributions to be made not only by the owner of the property, but also by their spouse (which includes married, de-facto or same sex partners).

This is important as previous and appropriate advice to structure assets in a certain manner (e.g. in a spouse’s name) for asset protection purposes will not necessarily preclude the availability of this measure. For example, an eligible property that was owned 100 per cent by one person aged 60 could result in a downsizer contribution of up to $300,000 for their spouse if the spouse is over age 65.

Do you have to downsize?

Whilst the proposal is premised on the concept of downsizing the principal residence – that is using some of the sale proceeds to buy a new property and contributing the difference of up to $300,000 into super, this is not a requirement under the measures proposed in the bill.

Will this opportunity impact on overall retirement strategies?

One issue that advisers will need to consider and discuss with clients is how this opportunity could impact on their retirement plans. An obvious strategy to consider would be to utilise super from age 65 (perhaps with a combination of age pension) to achieve the right balance and only to sell the property as existing superannuation balances reduce, thereby achieving a balance between age pension and superannuation-funded retirement benefits.

Whilst the bill is still yet to pass into legislation, there are certainly a number of requirements and opportunities that advisers will need to consider and that may be important to discuss with clients now, even in the absence of finalised legislation. 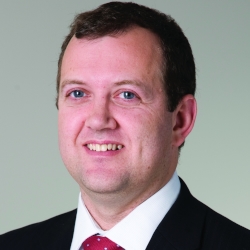 Written by Bryan Ashenden
Last Updated: 08 May 2018
Published: 27 September 2017
You need to be a member to post comments. Register for free today
budget-2017