Further ATO clarification is required in relation to the difficulties and uncertainties associated with flexi-pensions in the post 1 July 2017 environment.

This article considers the impact of the transfer balance cap provisions on flexi pensions, being pensions that comply with reg 1.06(6) of the Superannuation Industry (Supervision) Regulations 1994 (Cth) (‘SISR’).

There is significant uncertainty, however, regarding the best way to manage these pensions where:

Subject to the governing rules of the fund and the documents recording the commencement of the flexi pension, flexi pensions can generally be partially commuted up to the amount set out in schedule 1B of the SISR. This commutation amount can then be applied to the payment of an account-based pension, paid as a lump sum to the member, or retained within accumulation phase.

The uncertainty then arises regarding the remaining balance of the flexi pension, particularly where the remaining amount exceeds the member’s transfer balance cap.

An approach that is consistent with both the relevant provisions of superannuation and tax laws is to commute the balance of the flexi pension and credit the commuted amount to a pension reserve held for the benefit of the member. This reserve could then be applied to fund the payment of an account-based pension to the member (subject to transfer balance cap considerations).

This approach is consistent with private binding ruling (‘PBR’) (authorisation number 1012206212244). In the specified circumstances of the ruling, a pension reserve amount (that arose from the excess amount over the relevant commutation threshold upon commuting the flexi pension in full), could be applied to commence an account‑based pension for a member without being deemed to be a concessional contribution for tax purposes as the requirements of the exception under the Income Tax Assessment Regulations 1997 (Cth) (‘ITAR’) were satisfied.

While the PBR relates solely to the relevant taxpayer, it supports this interpretation of the legislation, and the ability to apply the amount from a pension reserve created with the commuted amount of a flexi pension to fund an account-based pension, without the allocation being treated as a concessional contribution for tax purposes.

Commuting a flexi pension and commencing an account-based pension

We now consider in further detail the process for commuting the balance of a flexi pension and commencing an account-based pension.

The ITARs provide that an amount allocated from a reserve to a member is treated as a concessional contribution unless an exception applies.

Generally, where an amount of 5 per cent or more is allocated from a reserve to a member’s account, this is deemed to be a concessional contribution for tax purposes and taxed accordingly.

There is an exception, however, where an amount is allocated from a reserve used solely for the purpose of enabling the fund to discharge all or part of its liabilities as soon as they become due in respect of a pension that is payable by the fund, and on the commutation of the pension, the commutated amount is allocated to the member receiving the pension to allow the member to commence another pension, as soon as practicable.

Where a reserve is used solely for the purpose of enabling the fund to discharge all or part of its liabilities in respect of superannuation income stream benefits that are payable by the fund at that time, an amount allocated from the reserve will not fall within the definition of a concessional contribution.

Therefore, subject to the fund deed and transfer balance cap considerations, the trustee could commute the balance of a flexi pension and allocate it to a pension reserve. An account-based pension could then be commenced from this reserve without being treated for tax purposes as a concessional contribution.

Further support for the view outlined above is the 2004 amendments to ensure the protection of minimum member benefits.

On this basis, it is arguable that the balance of the flexi pension on cessation is a minimum member benefit that must be allocated to the member. This is particularly relevant where the flexi pension was commenced with benefits contributed by or on behalf of the specific member, as will generally be the case.

A recent PBR has been released (authorisation number 1051235254460), where the ATO has taken an alternative interpretation of the law, and thus the view expressed in various PBRs is inconsistent. There is otherwise very little ATO guidance on issues relating to flexi pensions.

There is a risk that the ATO may take the view (as set out in the recent PBR) that:

Whilst there was an amount remaining in the reserve following the commutation of the flexi pensions, the pensions ceased at that time, and consequently, the reserve was no longer a reserve being used to enable the Fund to discharge its liabilities in respect of the payment of any pensions.

Given the difficulties and uncertainty associated with flexi pensions from 1 July 2017, further ATO clarification is required regarding flexi pensions and the transfer balance cap provisions. Accordingly, we recommend legal advice is sought before taking any steps to commute or vary a flexi pension in part or in full. 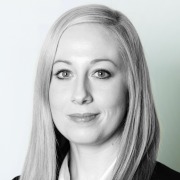 Written by Rebecca James
Last Updated: 08 December 2022
Published: 28 July 2017
You need to be a member to post comments. Register for free today