With markets heading into a prolonged period of lower investment returns, SMSFs will need to look beyond the traditional asset classes to maintain returns.

The period from the early 1980s to the end of 2016 may one day be regarded as one of the greatest periods of prosperity for financial markets in history.

During this time, returns from most traditional developed markets were well above their true long-term averages, driven by a range of factors. Increased globalisation and deregulation, strong global economic growth, relatively low geopolitical instability and falling inflation and interest rates all resulted in a prolonged period of above average investment performance.

Against this backdrop, investor appetite for growth assets has steadily grown. Where once a ‘balanced’ portfolio was a 50-50 mix of growth and defensive assets, it is now more likely to be 60-40 or 70-30 in favour of growth assets. Investors have steadily increased their willingness to take on risk. Even the defensive component of investor portfolios (bonds) have delivered, with falling interest rates adding capital appreciation to the return profile of fixed income.

At the same time, there has been an increasing focus on relative performance, measuring portfolio returns against a peer group or benchmark. To achieve benchmark relative returns, investors, particularly institutional investors, have used benchmark weights as a ‘risk neutral’ starting point when building portfolios.

This relative return mentality might be rational in an environment where market returns (beta) are high, because underperformance can still deliver a relatively good outcome in absolute terms. However, in an environment where the beta returns are much lower, trying to match the market return (indexing) or outperform an already low return is a far less compelling proposition.

Many market observers believe it is unlikely that the future environment will be anywhere near as prosperous as the last 35 years, which means we are most likely heading into a prolonged period of much lower investment returns. It is difficult to picture a scenario where returns will be as high as they have been in the past, particularly given the current valuations of both equity and bond markets.

As unlikely as it may seem, the 2016 US election result may well have been the catalyst for the end of this 35-year bull market. While the election result will long be remembered for its polarising impact along social lines, we’ve seen a rally in equity markets since the election and, at current levels are effectively pricing in all of the potential good that may come from various pro-growth policies announcements.

The US equity market now looks fully valued, if not overvalued, currently trading at more than 20 times on a price-to-earnings (PE ratio) basis. By way of comparison, it reached similar levels at the peak of previous cycles including just before the global financial crisis in 2007 and the tech crash in 2000-01 – although valuations were even more extreme just prior to the tech crash, reaching almost 35 times earnings.

This is largely because there were next to no earnings for many tech companies. Valuations of other developed equity markets, including Australia, are also trading on high PEs, most around 16-20 times, well above their long-term averages of around 12-14 times. In our view, it is therefore unlikely that developed market equities will continue to perform as strongly as they have done in recent years, particularly in a rising interest rate environment.

Even more perverse than equity markets has been the rally in bond markets since the GFC, where developed market sovereign bond yields have reached historically low levels, falling into negative territory in some instances.

What this means for bond investors is that rising bond yields will result in a capital loss on that bond, but with very little compensation in the way of coupons to offset that capital loss, given the starting point for yields are so low.

In the three to four months since the US election, Australian and global bond indices delivered a negative total return of around 3-4 per cent each as bond yields rallied. With the expected income or yield being so low to start with, at around 2 per cent on average, investors have had around two years’ worth of yield wiped out over only a three- to four-month period. If yields continue to rise, bond investors should start to see low to negative total returns from traditional bond markets as the new normal.

For the traditional 60-40 investment portfolio with a focus on benchmark weights and performance and with a heavy weight to overvalued developed market equities and bonds, future prospects look challenging at best.

So what’s the answer to this low-return environment problem?

We believe that reasonable investment returns can still be achieved by investors without taking undue levels of risk. But this requires an evolution in the way we think about portfolio construction on two fronts.

Firstly, we must do away with the focus on relative-to-benchmark returns. Beating benchmarks, indices or peers is largely irrelevant for most investors, but particularly for SMSF or retail investors managing their own wealth.

The investment objectives for these DIY investors are to build wealth during their working lives and reliable income in retirement. Both of these goals require steady total returns independent of the direction of markets. This has always been the case, but makes even more sense in the low-return environment we look to be heading towards. Instead of benchmarks or indices, investors would benefit from using cash or inflation as their starting point and aiming for a reasonable level of returns or around 3-5 per cent above cash or inflation, independent of the broader direction of markets.

Some of these asset classes include:

The diversification benefits offered by a less constrained portfolio and a broader exposure to less traditional markets, along with more of an absolute return objective, will go a long way towards helping meet the challenges of a low-return environment.

SMSF investors are well-placed to take advantage of these opportunities as they have the ability to be flexible in their investment policies, nimble in the way they implement those policies, and they lack the business pressures or mandate constraints that limit many institutional investors. 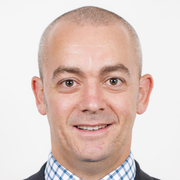 Written by Josh Hall
Last Updated: 08 December 2022
Published: 26 May 2017
You need to be a member to post comments. Register for free today