On 1 July 2017, the biggest changes to the super rules in a decade will come into effect. What are the basic steps to tick off with clients before then?

At the beginning of July this year, the biggest changes to super rules in ten years will come into effect. They touch on everything from contributions to pension drawdowns.

It’s important to review SMSF strategies with clients now, while there is still a window of opportunity for changes before the new rules go live on 1 July.

There are six steps SMSFs can take to prepare for the changes.

There is a window until 30 June 2017 to make use of the current, higher non-concessional (after tax) contributions cap of $180,000 a year, before it’s reduced to $100,000. If eligible, SMSFs can also take advantage of the current bring forward rule and contribute $540,000 prior to 1 July 2017. Once the new rules start, this bring forward cap reduces to $300,000. From 1 July, non-concessional caps will also reduce to zero if the total superannuation balance is $1.6 million or more. The total super balance may also reduce the available cap under the bring forward rule.

If SMSF balances are close to, or more than, $1.6 million, it is a good time to think carefully about strategy, especially if the SMSF client is approaching retirement or already retired.

Moving part of the retirement income stream back to accumulation prior to 1 July 2017, to comply with the introduction of the $1.6 million transfer balance cap, may provide access to transitional CGT to allow relief to reset the cost base of one or more of the fund’s eligible impacted assets.

4. Consider switching from a transitioning to retirement (TTR) pension to an account-based pension

From 1 July, earnings on assets supporting transition to retirement pensions will be taxed at up to 15 per cent, instead of being tax-free.

If SMSF investors already have a TTR pension and they now meet a full condition of release, it may be worth considering moving to a normal account-based pension.

With concessional contributions caps cut from 1 July, it may no longer make sense to hold insurance within the fund. Depending on the situation, it may be better to focus on contributions to build a long-term super balance, rather than paying premiums.

It is a good time to consider the potential effect of the changes on death benefits and making sure death benefit nominations or reversionary pension nominations are up-to-date and in place. If beneficiaries are not considered dependants for tax purposes, a withdrawal and re-contribution strategy (if eligible) may be an option for boost the tax-free component. 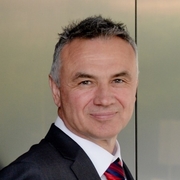 Written by Marcus Evans
Last Updated: 08 December 2022
Published: 07 April 2017
You need to be a member to post comments. Register for free today