Simplifying deeds in the pension phase with your SMSF clients

For members in the pension phase of an SMSF, a lengthy and complex deed is not always necessary. Short, targeted deeds can also achieve the desired estate planning outcomes with just as much certainty.

There has been a lot of discussion regarding the effectiveness of death benefit nominations in terms of achieving the desired outcomes of the trustee and whether they have the potential to be challenged in court. Another method that can be used by trustees to create certainty of entitlement of benefits after the death of a member is to draft a special purpose deed.

SMSF deeds are a ‘dime a dozen’ these days and it’s not uncommon that a deed is over 90 pages in length. These deeds, of course, cover all possible actions within the SMSF realm within the confines of the SIS Act and regulations. A change in the law often requires a change in the deed – and usually with a fee attached. This may be acceptable while members are in accumulation phase to keep their options open within the rules of the fund and confines of the law, but we are finding, as is the national trend and our ageing Baby Boomers, that many members are moving or have moved into pension phase.

Once a member has entered the pension phase of an SMSF, the need for a lengthy, cumbersome deed with maximum flexibility may no longer be required or even desirable. A short targeted deed can do the job just as well, with the certainty of outcome on the death of a member and asset protection benefits.

While each situation is different and should be carefully thought through to ensure it meets the needs of the client, there are many scenarios where a more simplistic estate planning strategy may be appropriate.

A sole member fund with a de facto partner. His wife died years ago and he has two adult children from that marriage.

The sole member is the sole director of the SMSF trustee company.

The sole member wishes to leave the bulk of his wealth to his children equally and his de facto comfortable during her lifetime, if he dies before her.

After a visit to his lawyer to fix his will, the sole member amends his SMSF deed so that on his death the rules in his fund are replaced in their entirety to deal primarily with his death benefits. Certain clauses are retained to ensure the fund remains a complying SMSF.

The amendment clause of the varied deed requires careful drafting to ensure the deed cannot be readily amended by the trustee. In this case, consent to amend the deed is required by the sole member’s children.

In this situation the sole member, who was receiving a pension on his death, pursuant to the replaced rules, provides a lifetime reversionary pension to his de-facto partner with restrictions on commutation and limiting the level of pension.

On the de facto’s ultimate demise, any funds remaining return to the sole member’s estate, a good asset protection outcome.

Mum and dad are the members of their SMSF. They are both are in their late 60s and want to ensure their super is dealt with in a way that ensures equality between their three children. They sign a deed of amendment that is operative when the first member dies. The deed of amendment replaces all the existing rules of the fund with a short-form style deed that deals with payment of death benefits and pensions only.

After the second member dies, a provision is made in the new rules so that:

Again the new rules are entrenched in the deed, as amended, with the ability to amend it only possible with the trustee, member and children’s consent.

The beneficiary of death benefits after the death of both members is then determined by the member’s last wills.

Another simpler scenario is a SMSF where mum and dad are the members and the trustees. The SMSF deed is amended contemporaneously to appoint their daughter, as replacement trustee on the first member to die. Further provision is made that on the second death, that the members’ other two children are appointed additional trustees. The deed is also amended to provide that death benefits of the first member to die is paid to the surviving member as they wish and that on the second death, what remains is paid to the surviving member’s estate. The amendment clause is also varied to entrench these provisions.

There are innumerable possible scenarios that can be dealt with in ways similar or variant to these examples.

Simplifying deeds in the pension phase with your SMSF clients 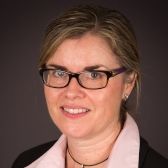 Written by Linda Alexander
Last Updated: 08 December 2022
Published: 02 November 2016
You need to be a member to post comments. Register for free today