Remaining compliant with the residency rules for SMSFs

Navigating the rules regarding SMSFs and small APRA funds for expats ending their Australian tax residency can be a complex area, and can result in severe tax consequences if you get it wrong for your clients.

Given the increasingly connected global community, it’s common for clients to work overseas. Where an individual ceases to reside in Australia, there is the possibility their tax residency status may change.

Where an individual’s Australian tax residency is retained following departure to their new host country, little may change in relation to their superannuation strategy.

In particular, where they have a superannuation interest held within an SMSF or small APRA fund (SAF), ongoing contributions can generally be continued. Of course, depending on their host country, obtaining a local opinion that there are no adverse consequences of such a strategy is always advisable.

Where an individual ceases Australian tax residency and they have a superannuation interest held within an SMSF or SAF, attention is needed to ensure the definition of ‘Australian superannuation fund’ is met at all times. Where a fund does not meet this definition at any relevant time, it will become non-complying.

As a non-complying fund, any concessional contributions received and any assessable investment income derived during the year will be taxed at 47 per cent. The fund will also be taxed at 47 per cent on the market value of the assets of the fund (less amounts attributable to non-concessional contributions) at the beginning of the year in which the fund became non-complying.

To satisfy the definition of ‘Australian superannuation fund’ at any particular time, the fund must satisfy three tests:

All three tests must be met at any given time for a fund to be considered an ‘Australian superannuation fund’.

To meet this test, the initial contribution must be paid to and accepted by the trustees of the fund in Australia. If that didn’t occur, the fund can still satisfy this test if at least one asset of the fund is situated in Australia, e.g. real property in Australia or shares in an Australian company.

Test 2: CM&C of the fund is ordinarily in Australia

This test examines where the strategic and high-level decisions of the trustees have been made. These duties may include:

Although the legal responsibility for exercising the CM&C of a fund rests with the trustees, Tax Ruling TR 2008/9 acknowledges that the existence of this legal responsibility does not necessarily mean trustees actually have the CM&C. This is because it is the actual performance of those duties that determines who is exercising the CM&C of the fund.

The ‘active member’ test is satisfied if, at the relevant time:

What is an ‘active member’?

However, a member of a fund is not an active member of the fund if:

Contributions for the purposes of this test include:

Remaining compliant with the residency rules for SMSFs 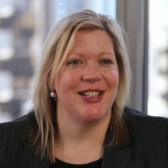 Written by Catherine Chivers
Last Updated: 08 December 2022
Published: 10 August 2016
You need to be a member to post comments. Register for free today