Last month, Prime Minister Scott Morrison announced a reshuffle of the cabinet which included Jane Hume’s appointment as Minister for Women’s Economic Security on top of her role as Minister for Superannuation, Financial Services and the Digital Economy. This move is expected to bring women’s economic issues to the forefront of the Government’s agenda.

We know that women currently have less superannuation than men with the 2019 Retirement Income Review Consultation Paper citing figures that in 2016-17, the median superannuation balance for women approaching retirement age (60-64 years) was $122,848 compared to men who had $154,453. Factors we know impact the growth of women’s superannuation balances include; broken work patterns particularly due to parental leave and primary responsibility for child raising, leading to more part-time and casual employment and often resulting in fewer promotions and career development opportunities. All of which can lead to lower salaries and thus lower contributions.

So, as we approach the 2021 Federal Budget, what policies or strategies that have been raised or discussed, could be adopted by the Government to provide women with additional economic security through the superannuation system?

This does make it the odd one out of paid leave as a person who takes sick leave, annual leave or long service leave still has SG contributions made for them.

While the period of paid leave is not long, we all know that the compounding effect of any additional superannuation contributions results in the retirement benefit growing significantly.

Removing the SG threshold
One of the original features of the superannuation guarantee regime has been the $450 per calendar month threshold, which means that if an employee earns less than this, the employer is not required to make SG contributions. This has a major impact on part-time and casual employees particularly those who may have multiple employers all under this threshold (the new “gig” economy).

Now this threshold was originally introduced nearly 30 years ago but a lot of the factors that were behind its origin have evolved.

Firstly, the SG rate itself is significantly higher than when initially introduced at 3% and 4% compared to the current 9.5% (scheduled to rise to 10% from 1 July 2021).  Essentially this means that people earning less than $450 a month are not getting a larger amount contributed to super.

Secondly, the cost to employers and superannuation funds to process such small payments in 1992, when there was little automation, has fallen radically. We now have widespread use of payroll software, combined with mandatory use of SuperStream, to electronically transfer contributions data and payments from employers to superannuation funds.

Finally, measures in recent times have applied limits on administration fees for smaller balances, improved consolidation of inactive accounts via the ATO and the removal of insurance from inactive accounts to reduce the erosion of retirement savings.

This means the idea of removing this threshold to provide access to SG contributions for low income and casual workers is feasible.

Adjusting the carry forward concessional contribution rules
One of the measures applicable from 1 July 2018 was the capacity for a person who had not used their full concessional contributions cap in a particular financial year, to be able to carry the unused amount forward and use it in any of the next five years. Provided they did not have a Total Superannuation Balance greater the $500,000 at the start of the financial year in which they intended to use this caried forward amount.

This measure was hailed as a solution for people with broken work patterns or suffered from widely variable income from year to year.

The fundamental issue with this is that the carried forward contributions are concessional contributions and can only be classified that way if they are either made by an employer or the person can claim the amount as a personal tax deduction.

Consider a woman who ceases employment for three years to raise a child.  As she is not working, she can potentially carry forward the maximum concessional contribution amount (currently $25,000 per annum) for each of those three years totaling $75,000.

On her return to work, the total amount she is eligible to contribute is $100,000. That is, $25,000 for the current year as well as the $75,000 catch up amount. This contribution will need to come from her employer that year, which means that her salary has to be high enough to be able to salary sacrifice. Alternatively, she needs to have investment income around this level or have an asset she can dispose of that has a taxable capital gain (after any discount) of this amount.

If this does not apply, then making the contribution will result in the amount counting towards the “normal” non-concessional contribution cap.

Perhaps the way to deal with this anomaly would be to allow the contribution to still be made but count towards the carry forward concessional cap – even if a tax deduction is not claimed.

So, when the Treasurer rises to deliver the Budget speech on 11 May 2021, the question of how the Federal Government intends to support women’s retirement security will hopefully be answered.

SuperConcepts aims to make the lives of thousands of accountants and advisers easier with our SMSF administration, software and education services.  If you want the latest insights, blogs and news on all things SMSF, follow SuperConcepts on LinkedIn, Twitter and Facebook. 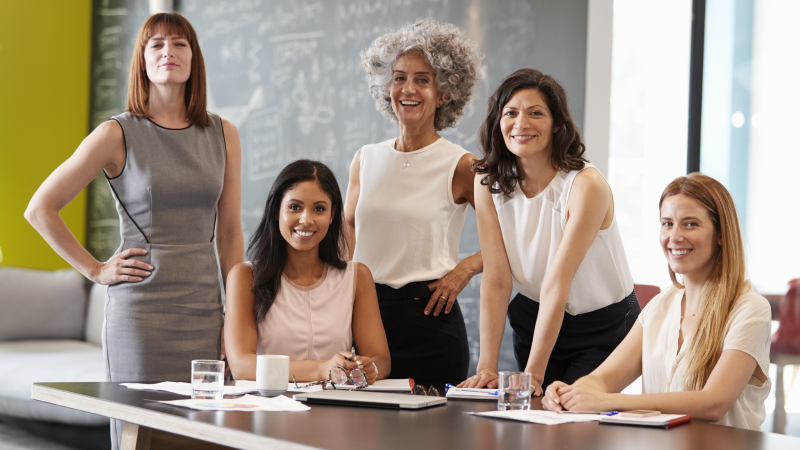