In an election campaign speech on Sunday (15 May), Prime Minister Scott Morrison announced a proposal to enable first home buyers to use up to 40 per cent of their superannuation, up to a maximum of $50,000, to help with the purchase of their first home.

The scheme would apply to both new and existing homes, with the invested amount to be returned to their superannuation fund when the house is sold, including a share of any capital gain.

The Australia Institute of Superannuation Trustees (AIST) has raised serious concerns about the potential impact of the proposed policy, stating that it would “undermine the core purpose of superannuation system”.

AIST chief executive Eva Scheerlinck said the use of super as a deposit would drive up property prices, leaving Australians with higher debt and depleted retirement savings.

“First home buyers are being asked to choose between a home and saving for their retirement, they should be able to have both. The Australian government must address this modern-day inequity by addressing supply issues rather than raiding super. A first home should not come at the expense of dignity in retirement,” said Ms Scheerlinck.

Ms Scheerlinck stated that the policy would significantly reduce asset diversification by further concentrating Australians’ savings in residential property while doing nothing to address the fundamental challenges of saving for a home, such as stagnant wages and rising inflation.

More needs to be done to address the supply of housing, and superannuation should not be the “go-to” to fix systemic problems that are the responsibility of the  government to address, she stressed.

“Superannuation was established to provide support for Australians in retirement and it is not a piggy-bank the government can open at its convenience to avoid dealing with the real systemic issues facing first home buyers,” she stated.

Financial Services Council chief executive Blake Briggs similarly outlined concerns that the proposal “weakens the sole purpose of superannuation, which is to provide higher standards of living in retirement”.

“The FSC recognises there is a correlation between renting in retirement and poverty amongst older Australians, but Australians should not have to choose between a home and their retirement savings,” said Mr Briggs.

“The government’s own majority report into ‘Housing affordability and supply in Australia’ concluded that superannuation should only ever be used for housing if there were commensurate measures to increase supply.”

The FSC noted that while 1.3 million households will now be eligible to make downsizer contributions, there are approximately 5.3 million under 35-year-old Australians that do not yet own a home access their superannuation to buy a first home.

An ASFA report released in March 2021 stated that the early release of superannuation for housing deposits is fundamentally inconsistent with the objective and central principles of superannuation.

ASFA stated that the direct effect on the housing market of early release of superannuation for housing deposits is that increased purchasing power “would be near fully capitalised into higher house prices, exacerbating the upswing of the current house price-credit cycle”.

Industry Super Australia (ISA) has also been critical of the proposal, stating that it would add tens of thousands of dollars to housing prices.

Modelling undertaken by ISA estimates that it could see a hike in the nation’s five capital median property prices by between 8 and 16 per cent.

“The proposal is not what super was set up to do and would torpedo super fund investment returns for all Australians – forcing funds to carry more cash and be less able to invest for the long term – which has been the key in delivering members’ bigger nest eggs,” it warned.

ISA modelling has estimated that allowing couples to take just $40,000 from super would send property prices higher in all state capitals, but the impact would be most severe in Sydney, where the median property price could lift a staggering $134,000.

Industry Super Australia chief executive Bernie Dean said throwing super into the housing market “would be like throwing petrol on a bonfire”.

“It will jack up prices, inflate young people’s mortgages and add to the aged pension, which taxpayers will have to pay for. Super is meant to be for people’s retirement, not supercharging house prices and pushing the home ownership dream further away,” said Mr Dean.

“Not only will it lock young people into hugely inflated mortgages without any requirement for their own deposit, it will torpedo investment returns for everyone leading to everyone having far less at retirement.”

You can email Miranda on: [email protected]momentummedia.com.au
Super for housing policy ‘weakens sole purpose of super’ 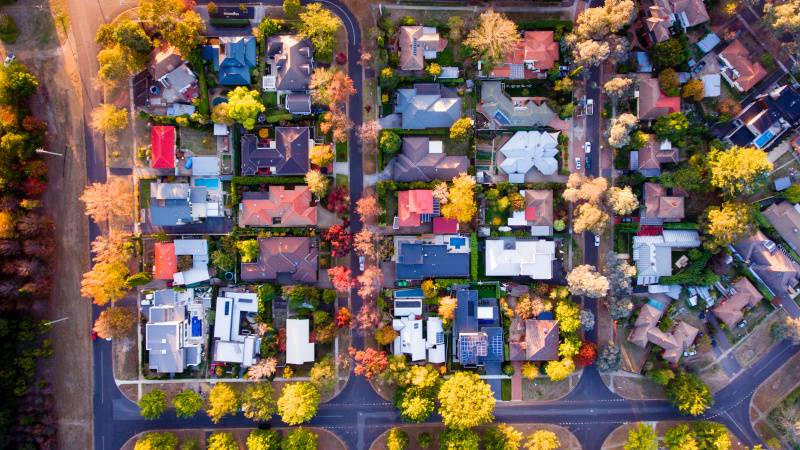