With any reforms to stamp duty unlikely to extend landholder duty, SMSF professionals should be careful not to underestimate landholder duty when advising clients asset protection, business structures or succession planning, says a law firm.

Owen Hodge Lawyers special counsel Leigh Adams said while there may be talk about abolishing stamp duty, it is unlikely that this will extend to landholder duty.

In an online article, Mr Adams explained it can be very difficult to recognise when landholder duty will apply, so advisers need to be careful when giving certain types of advice such as advising clients to purchase land through unit trusts.

John also advised them that their SMSF could buy some of the units under regulation 13.22C of the Superannuation Industry (Supervision) Regulations 1994 (Cth) which allows super funds to acquire that which would otherwise be an in-house asset.

As the vendors needed time to buy another property, John was able to negotiate a lengthy settlement of six months for Audrey and Robert.

“John had arranged for the first tranche of units in the unit trust to be issued to Audrey and Robert equally between them on the basis that all issued units were fully capitalised. Immediately before the exchange of contracts, the trust was established, with each of Audrey and Robert acquiring 10 units at a price of $9,000 each. This money — totalling $180,000 — was used as the deposit for the purchase of the land,” Mr Adams explained.

John explained to Audrey and Robert that when the time came for payment of stamp duty, and indeed the balance of the purchase price, they could simply just acquire a second tranche of fully funded units.

“But alas, such a scenario gives the taxman four bites at the cherry,” Mr Adams cautioned.

Regardless of the date of settlement, Mr Adams explained that stamp duty is payable within three months of the date of exchange of contracts for the purchase of the land.

“When John contacted Audrey and Robert about issuing further units to fund the duty and the balance of the purchase price, over four months had passed. The unit trust was liable for fines and interest on the duty that was going to be paid out of time,” he said.

The second issue, Mr Adams said, was John underestimating the value of the land for landholder duty as he did not understand the meaning of “affixed” in the Duties Act.

“John arranged for a valuation to take place. The caravans were bolted to the land for safety reasons. So, they were fixtures, too, John assumed. The whole of the plant and equipment, including the caravans, came to $200,000. And surprisingly, the caravans on their own came to 50 per cent of that sum,” Mr Adams said.

“Then John remembered that under the common law, something affixed to real property is not a fixture if the parties did not intend it to be permanently affixed. Clearly, the caravans were not intended to be permanently affixed because John was told that the vendors had been intending to redevelop the land in the years to come to make a theme park.”

Accordingly, John instructed the valuer of the plant and equipment to do another valuation, and this time, not to include the value of the caravans.

“John got a surprise when he supplied the relevant material (including the second valuation) to the Office of State Revenue. In his haste, John had not read the section of the Duties Act which provided that the meaning of ‘affixed. in the Duties Act means what it says. The meaning is not impacted by whether or not it was intended to remove the fixtures at some time in the future,” Mr Adams said.

“Section 149 captures this transaction even though Audrey and Robert, as owners of the second tranche of units, own them in the same proportion as they held the initial tranche of units,” he explained.

The good news in relation to the third duty problem, Mr Adams said, is that under s.163H of the Duties Act, the commissioner has discretion to waive duty in circumstances where parliament did not intend chapter 4 of the Duties Act to apply.

“Accordingly, John will have to tell Audrey and Robert that an application will need to be made under s.163H seeking an exemption from duty which would otherwise apply to the acquisition of the second tranche of units by Audrey and Robert,” he said.

“The good news for Audrey and Robert is that they have good prospects of being successful, even if their opinion of their adviser, John, goes down a few notches. [However], applications cost time and money. Submissions are required. Costs are involved.”

Provided the additional units acquired in the second tranche are acquired by the same unitholders in equal numbers and for equal consideration, Mr Adams said John should be saved from a potential action in professional negligence.

The fourth problem with this arrangement, he said, is that where it is proposed that a related SMSF acquire some or all of the units either just before the settlement or just after the settlement, chapter 4 is triggered again and the commissioner is entirely unlikely to extend a waiver in those circumstances.

“While regulation 13.22C of the Superannuation Industry (Supervision) Regulations 1994 (Cth) allows super funds to acquire units in a unit trust and thereby acquire an indirect interest in land, the landholder provisions must be taken into account from the get-go of the advice rather than as an afterthought once the arrangement has begun to be implemented,” he said.

“Even if the SMSF was a fund with just Audrey and Robert as members and trustees, and even if Audrey and Robert held exactly the same membership balances, there are clearly arguments that could be raised to the effect that the ‘beneficial or economic ownership’ of the units would not be the same after the SMSF acquired the second tranche.”

Mr Adams said the prospects of successfully applying for an exemption under s.163H are substantially better if the additional units are only acquired by existing unitholders in the same proportions and to the same value as they held them beforehand.

“Any capital gains anticipated by a unit trust acquiring land may be scuttled by one or more rounds of unanticipated landholder duty when the interest in the land is being acquired,” he said.

“Landholder duty remains a stalwart feature of our state’s current tax system, and it is likely to become independent of any reform to stamp duty. It must not be underestimated when advising on asset protection, business structures or succession planning.” 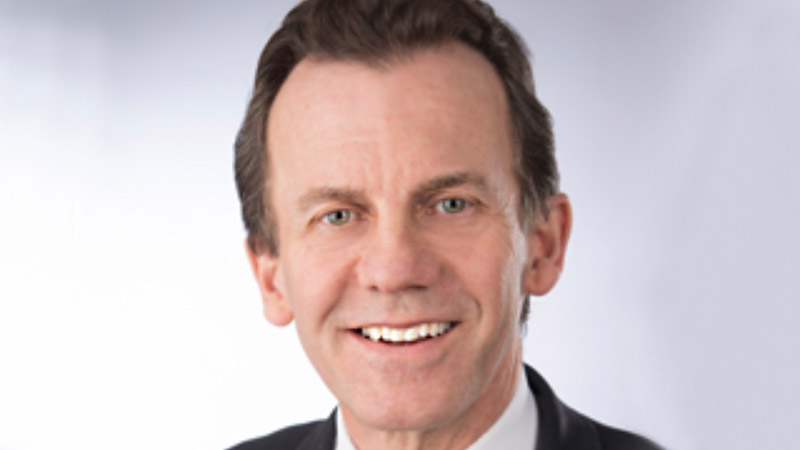