While the taxpayers who incorrectly received excess determinations for non-concessional contributions have been given an extension for their election due date, some of these clients had already paid for advice to deal with the determination, says an industry law firm.

Earlier this month, the ATO stated that it had identified a system error that inadvertently led it to issue incorrect pre-dated excess non-concessional contributions determinations to clients.

“We will extend the election dates for all affected clients so this issue will not disadvantage them,” the ATO said in a public statement.

“We will not take default action in relation to these affected clients who do not make their election by the due date.”

It also said that amended determinations will automatically issue on a case-by-case basis in the coming weeks to clients which will have a modified excess non-concessional contribution amount due once their income tax return is processed.

DBA Lawyers director Daniel Butler said that, while the ATO is clearly taking action to address the issue, it has not offered to compensate taxpayers who have spent money on obtaining advice on this ATO correspondence that was computer generated and issued before it was reviewed.

In the case of excess NCC determinations, he said, some clients could have easily spent a substantial sum of money seeking advice and responding to ATO excess contribution correspondence as they were threatened with significant tax liabilities.

The ATO officer confirmed there should be no adverse impact to the taxpayers’ legal rights, he said.

“However, the law is clear that unless the ATO corrected the error, the taxpayers were legally liable for significant tax. I felt uneasy asking the taxpayers to withdraw their objections without any clear legislative protection, but I was advised by the ATO officer that this was the best way forward to avoid further ATO related communications which would only give rise to further costs and inconvenience for the taxpayers,” he explained.

The ATO’s proposed remediation action, he said, should therefore also include an undertaking to compensate affected taxpayers for the costs they incurred to manage their position in relation to this system error. While there is a Scheme for Compensation for Detriment caused by Defective Administration (CDDA), this requires the taxpayer to make an applications which itself can give rise to substantial costs and complexities.

Mr Butler said these types of errors are the result of government creating incredibly complex tax and superannuation laws which are difficult for regulators to integrate into their systems. There was another recent system error were excess transfer balance determinations issued, he noted.

“Our law-making is broken, politicians and Treasury should take note that being the second most complex country in the world in tax terms is not a good position to be in, and the ATO should not be held to blame for this error given the terribly complex legislation that exists which the ATO is seeking to do its best to administer turgid legislation prepared by Treasury often based on very broad policy directives from government,” he said.

“However, there should be compensation for those taxpayers who bear the brunt of system errors where legal threats to pay large tax bills are issued in error rather than having taxpayers incurring the costs and complexity of making a CDDA application.” 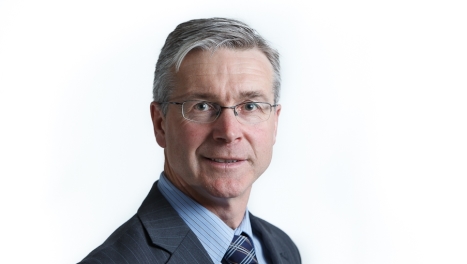