The Administrative Appeals Tribunal has determined that the Commissioner of Taxation should have exercised his discretion and excluded superannuation benefits received by an SMSF member as assessable income after the member fell on hard times.

The AAT decision of Wainwright and Commissioner of Taxation (Taxation) [2019] AATA 333 involved two farmers in Queensland, Mr and Mrs Wainwright, who were also members of an SMSF.

On 29 August 2007, Mr Wainwright attended an auction for the sale of a property known as Triton Park, a farming property, with the intention of acquiring that property. He was the successful bidder for a purchase price of $700,000.

After the auction, but before he signed the contract, Mr Wainwright had a discussion with Mr Coetzee, his financial adviser and tax agent. As a result of that discussion, it was decided that it would be in the applicants’ best interests to acquire Triton Park in their own names.

For the applicants to have the necessary money to purchase Triton Park in their own names, with Mr Coetzee’s advice, they agreed to sell another property, Athol, to the fund, which was held by Mr Wainwright for $1.1 million, and to use that money to buy Triton.

It was proposed that the difference between the $700,000 held by the fund and the $1.1 million that the fund would receive by way of the Athol property would be accounted for by in specie contributions made by Mr Wainwright.

The applicants signed the contract to purchase Triton Park on 29 August 2007 and paid a deposit of $70,000 with a bank cheque drawn on the fund’s bank account.

In September 2007, a sum of $24,995 was paid by the applicants to the Queensland Office of State Revenue on account of stamp duty and costs associated with their purchase of Triton Park. That money came from the fund.

On 28 September 2007, the applicants executed a contract, prepared by their lawyers, in which they agreed to sell Athol to the fund.

The Athol contract was not completed on 31 July 2008 because of a lack of funds to pay the stamp duty required for the transfer of the property to the fund. The completion date was extended until 31 December 2008, which was documented.

Unfortunately, the applicants’ financial position deteriorated following the acquisition of Triton Park. Consequently, they did not have the funds available in the fund to pay the $41,975 stamp duty for the Athol transfer into the fund.

Mr Wainwright advised Mr Coetzee of their financial problems and Mr Coetzee spoke to the lawyers involved and arranged an extension of time for completion of the Athol contract to 31 January 2009. That extension was granted in a formal document.

After severe drought conditions, catastrophic flash flooding and a crash in the dairy market, the applicants’ financial position further deteriorated.

The applicants were forced to sell their dairy herd, had disputes with their bank at the time, and attended a mediation, which resulted in an agreement to sell their properties to pay their debts. They personally received no money from the sale of Triton Park. All of the proceeds were paid to the bank in reduction of their debt.

The fund’s tax return for the financial year ended 2008 was lodged on 30 October 2009. In that return, it listed non-residential real property to the value of $824,995. That would appear to include the Athol property as an asset of the fund, despite the fact that it had not been formally transferred to the fund.

Regardless, the fund would no doubt have had an equitable interest in Athol to the value of $700,000. The income tax return lodged on 30 October 2009 did not disclose any loans to the applicants.

On 29 April 2014, the fund lodged tax returns for the income years ended 2009 to 2013. The original 2007–08 return which had shown the fund owning non-residential property, presumably Athol, in the later returns was amended to show no non-residential real property but a loan of $724,995.

This was the fund’s way of treating the failure to transfer Athol into the fund.

On 16 January 2015, the commissioner received a copy of a document purporting to be a signed loan agreement dated 26 September 2007 between the applicants, as trustees of the fund, and Mr Wainwright, as borrower.

The document was sent by the applicants’ accountant attempting to retrospectively legitimise the unfortunate situation that had occurred.

Throughout the course of the objection and appeal processes, Mr Wainwright has rejected the suggestion that there was a loan by the fund to him in the 2008 income year.

On 4 December 2014, the respondent commenced an audit of the fund in respect of its compliance with tax and superannuation law. After the completion of the audit process, on 18 August 2015, the ATO issued amended income tax assessments to both applicants for the income year ended 2008, and to Mr Wainwright for the income year ended 2009. The applicants objected to the amended assessments.

In relation to the 2009 income year, the commissioner formed the view that Mr Wainwright received a benefit of $700,000, representing the deposit that was not repaid when the Athol contract did not proceed in that income year, which should have been included as assessable income. The commissioner determined that the omission of the benefit received resulted in a tax shortfall.

The ATO also contended that in relation to the 2008 financial year, the applicants received an equal share of superannuation benefits totalling $24,995.00 in the 2008 financial year, which should have been included as assessable income, and that the applicants knew that the fund’s money had been used to pay stamp duty and other costs associated with the property which had been purchased in their own names.

The applicants submit that, having found that the $700,000 deposit was a superannuation benefit received by Mr Wainwright in the 2009 income year, the commissioner should have exercised the discretion available to him by virtue of section 304-10(4) of the ITAA.

AAT deputy president Richard Hanger QC determined that the commissioner should in fact have exercised his discretion to decide that it was unreasonable to include the deposit and settlement payment amounting to $700,000 in Mr Wainwright’s assessable income under section 304-10(4) of the ITAA.

In his decision, Mr Hanger noted that the transaction involved was a legitimate arm’s length, documented transaction; the taxpayer had no intention of deceiving, evading or cheating; the transaction was entered after receiving professional advice; and the taxpayer became unable at the relevant time to complete the contract he had undertaken through no fault of his own.

“The benefit he received in 2009 resulted from facts that arose after he had entered into a legitimate transaction and resulted from events principally beyond his control,” Mr Hanger said in his decision.

“It is easy to assert that being unable to complete the contract to transfer Athol he should have refunded the money to the fund, but he didn’t have it. There was nothing both proper and practical that he could do. The taxpayer fell on hard times because of drought, floods, the global financial crisis and a decline in the dairy industry.”

He also noted that the applicants were unable to obtain wise professional advice and the financial advice they had received was less than optimal.

“There were other consequences flowing from his conduct in that he and his wife were disqualified from being trustees of the fund,” Mr Hanger said. 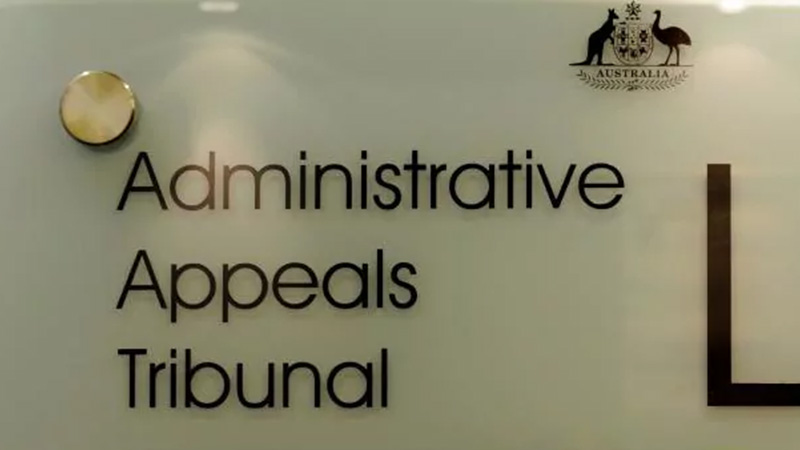 Total votes: 926
The voting for this poll has ended